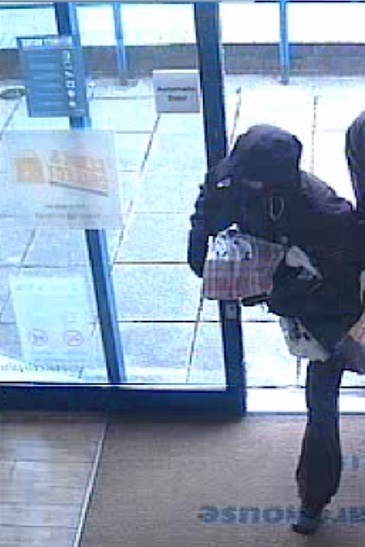 Both men pleaded guilty to robbery at a previous hearing.

The court heard how on Monday 3 April this year, the men entered a phone shop on Bury New Road, Sedgley Park, armed with a sledge hammer and a machete.

They then forced staff members to empty the stockroom before fleeing the scene with more than £40,000 worth of mobile phones.

They then got in to a red Ford Focus Estate which they had previously parked on Vine Street, Prestwich before driving away.

Further enquires led police to Cowling Street, Salford, where they recovered the getaway car along with clothes and weapons used during the robbery.
Officers then attended an address on Kersal Hall Avenue where the stolen phones were recovered.

After reviewing CCTV and carrying out extensive enquires, both men were arrested and subsequently charged.

Robert O’Brien from GMP’s Serious and Organised Crime Group, said: “These men terrified innocent shoppers and staff who were just going about their daily business.

“The staff genuinely feared for their lives if they didn’t obey Thompson and Meighan’s orders. They didn’t care about how they made the victims feel and were motivated by greed.

“However their greed got the better of them and thanks to the hard work of GMP officers and the cooperation of victims, they were traced and are now behind bars.”