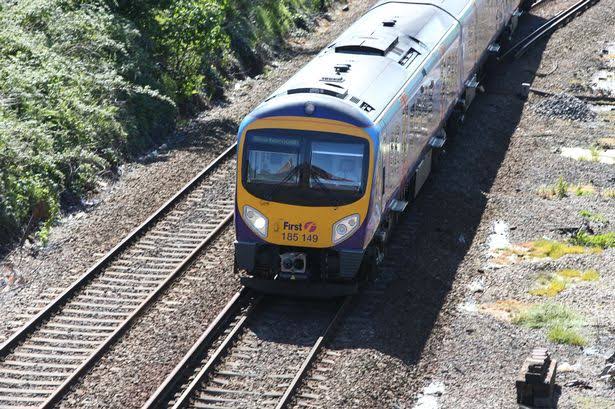 Scrapping the electrification of the Transpennine Rail route will lengthen journey times and increase carbon emissions.

That’s according to a report out today from the Labour Party who accuse the Tories of essentially pulling the plug on the proposed Crossrail for the Northern Powerhouse project, which could no longer be a fully electrified network.

Cancelling electrification projects will add significantly to journey times. It will add nearly 30 minutes to journeys between Manchester and Liverpool.

Labour meanwhile has made a £10 billion commitment to “Crossrail for the North” to reverse decades of underinvestment in Northern transport infrastructure that has undermined the economic potential of the north of England and help deliver 850,000 new jobs by 2050.

Network rail estimates that electrification and the running of electric vehicles can help to reduce CO2 emissions by an average of 20 to 30 percent compared to their diesel counterparts and the maintenance costs for electric trains are 33 percent lower than for diesel.

“The Government’s disgraceful u-turn on their promise to deliver electrification on the Midland Mainline, Trans-Pennine and Great Western routes will threaten economic growth in areas of England and Wales already suffering from poor connectivity and underinvestment.

“Pulling the plug on electrification proves the ‘Northern Powerhouse’ is simply just an empty slogan from this Government.

“The Tories are trying to pull the wool over people’s eyes by claiming that diesel bi-mode trains will deliver the same benefits as electrification, despite saying for years that that failure to electrify the network costs more in the long run, causes more pollution, worsens air quality, lessens capacity and makes services slower and less reliable.

“Not only will Labour deliver the promised electrification, we will address the imbalance in transport infrastructure spending, committing to building a Crossrail for the North and enhancing and expanding the rail network in order to drive economic growth and rebalance our economy for the many not the few”.

“We have been told again and again that electrification of vital rail links across the north was a top priority, but the Government has shown where it’s true priorities lie, and it is most certainly not in the North.

“Manchester desperately needs investment in rail in order to revitalise the economy and improve growth across the region by making journeys faster and cleaner. The Labour Party across the North West will not stop fighting for this. ”

Selfish man who killed his passenger in car smash while disqualified from driving is...

The blaze at Lower Broughton Church is being treated as arson

Councils are unlikely to cope with further increases in homelessness triggered by the economic...