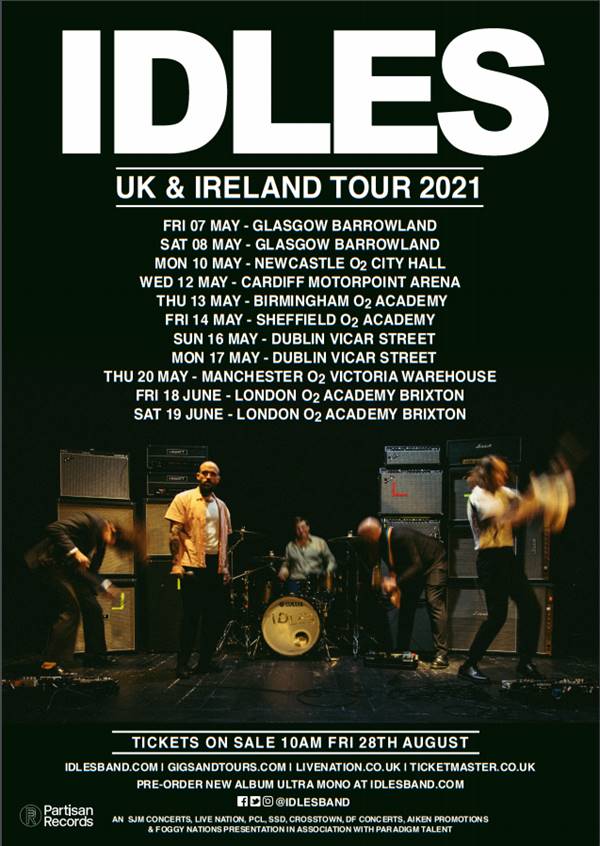 The IDLES will be touring the UK next year including a Manchester date at the Victoria Warehouse.

A band have been long revered for the power of their live shows, and as a thank you, the  are also offering a limited number of free tickets for key workers with availability on a first-come-first-served basis here: http://livenation.uk/gVqC30r5znc

The news of the tour follows the announcement of the band’s latest single from their forthcoming LP ‘Ultra Mono’ (out Sept 25 via Partisan), “Model Village”.

The new single decries the often-dangerous small-town fishbowl mentality, while its jet-powered instrumentation leans heavily into the band’s love of hip-hop (Kenny Beats provided additional programming on the album).

The song is accompanied by an animated music video directed by Michel Gondry (Daft Punk, Radiohead, The White Stripes) and Olivier Gondry, created in collaboration with WePresent, WeTransfer’s editorial platform.

Tickets go onsale Friday 28th August at 10am via www.gigsandtours.com.

The Great Northern has created its very own giant sandpit for kids of all...