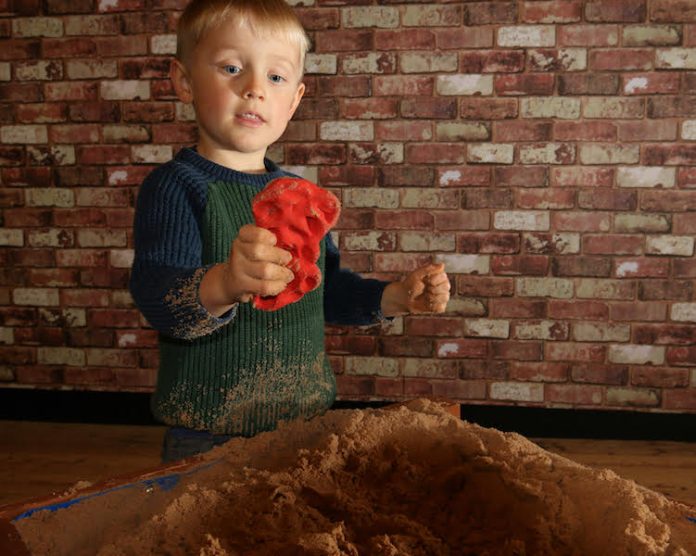 In partnership with the Manchester Science Festival, the National Trust’s Quarry Bank in Cheshire will be hosting Meteorites and Fireballs this half term, 23 to 27 October: a series of experiments, games and storytelling inspired by the mill-owning Greg family’s passion for observing, collecting and writing about space.
As part of the National Trust’s mission to move, teach and inspire the next generation, Meteorites and Fireballs invites families with children aged six to 11 to explore the sky, space and the fascinating things that fall out of it through hands-on science experiments, crafts and an interactive cosmodome show.
Quarry Bank’s cotton mill was gifted to the National Trust in 1939 and it is now known that the mill-owning Greg family had an active passion for the cosmos. They cemented their preoccupation for the universe by building an observatory in the Upper Garden of the site to allow them to study the stars in detail and for two family members in particular, Robert Philips Greg and Percy Greg, this cosmic passion led them to produce research papers and create sci-fi novels.
Just as Robert Philips Greg did, visitors will have the opportunity to observe, handle and catalogue meteors and meteorites, as well as hold a real piece of Mars. Through a fun game called Musical Meteorites, children will discover how meteors fly through the sky and in an interactive experiment families can find out how rocks burn up in the Earth’s atmosphere in an experiment involving just a piece of cotton, a syringe and the air around them.
Preserving the Greg family’s detailed fascination with space in this way is all part of the National Trust’s drive to provide access to extraordinary places and stories that inspire and provoke people to think differently about history, identity and their lives today.
Martians and Earthlings
Percy Greg’s interest in cosmology took him down the science fiction route which saw him, in 1880, write ‘Across the Zodiac’, a novel about a man who goes to Mars and meets an alien race that don’t believe he’s real. An out-of-this-world story, which uses a Martian language and cites, what is to believed to be, the first written use of the word ‘astronaut’ in the English language, Percy’s story is brought to life in a series of fun storytelling sessions which will see children get up-close-and-personal with Quarry Bank’s very own Martian.
Seeing stars in the cosmodome
Budding astronomers will have an opportunity to discover the secrets of the stars inside an awe-inspiring inflatable cosmodome which will take up residence at the mill throughout the week. World class physicists from the University of York will be on hand to guide children through the galaxies and help uncover the wonders of the universe in this three dimensional, five metre by three metre, pod.
Suzanne Bowling, Visitor Programming Officer, from Quarry Bank, said: “We know that the Greg family placed a considerable amount of emphasis on intellectual pursuits rather than material ones and astronomy and cosmology, it has emerged, were among their greatest passions.
“So, with the imminent opening of Quarry Bank House, where the Greg family lived, this autumn, we are honouring this fascinating family and their love of the stars with a truly wondrous programme of events.
“Everything we do here is aimed at looking after Quarry Bank for generations to come and it’s great to be able to show another side of Quarry Bank’s rich past with aspiring future astronomers.”
All October half term activities are included in the Quarry Bank admission price except the cosmodome show which is priced at £2 per ticket and which requires advanced booking.
Sponsored by Waters, Meteorites and Fireballs is part of the Manchester Science Festival, which runs from 19 to 29 October.
For further details, please visit: www.nationaltrust.org.uk/quarry-bank

The Mega Crystal arrives in Manchester