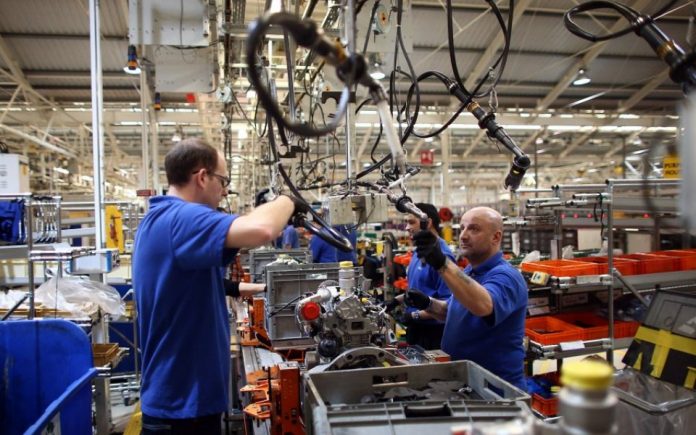 Growth in manufacturing activity softened in the three months to October, according to the CBI quarterly Industrial Trends Survey.

The survey of 399 firms also found that optimism about business conditions fell, for the first time in a year. While sentiment about export prospects continued to rise, it did so at a slower pace.

Investment intentions for the year ahead deteriorated, with spending plans for buildings at their lowest since July 2009. Expectations for spending on new equipment also weakened. Plans for investment in training and innovation remained much firmer by comparison.

Concerns over labour shortages edged up from already high levels, with the number of respondents citing them as a limitation to investment plans at the highest since October 2013. Numbers employed continued to rise strongly over the past three months, and hiring intentions for the quarter ahead remain above the long-run average.

Unit costs growth picked up compared with the previous quarter, running ahead of output price inflation, indicating an ongoing squeeze on manufacturers’ margins.

“Growth in output and orders are still above historical norms, and it’s encouraging that plans for spending on innovation and training are holding their own. But we’ve seen a general softening in manufacturing activity over the past three months, with the outlook for investment becoming more subdued.

“To boost investment growth, Government should use the Budget to provide a fillip for factories through business rate reforms, including exempting new plant and machinery from rates altogether, and switching to the more recognized CPI inflation measure rather RPI when calculating upratings.”