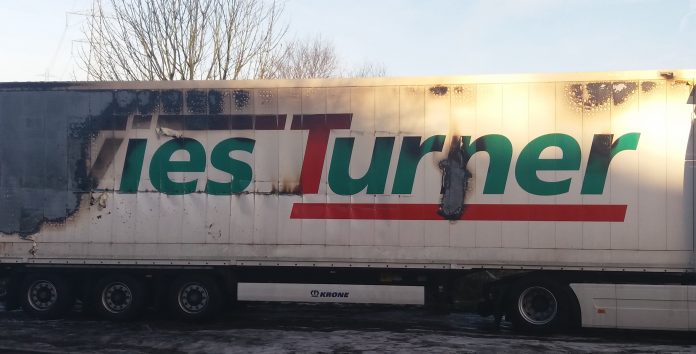 Rochdale Police are appealing for information after a lorry load of cannabis caught fire last weekend.

The wagon trailer was found oon fire on Huddersfield Road (A640) between Wicken Hall and Cherry Top Farm and was discovered after the driver of the Volvo lorry turned up at a takeaway in Shaw with serious facial injuries, reporting that he had been assaulted and his vehicle had been stolen.

A large amount of fumes were coming from the lorry and once the flames had been extinguished, and the lorry had been moved out of the road, a significant amount of cannabis was found in the trailer.

A 52-year-old man was arrested on suspicion of possession with intent to supply Class B drugs but has since been released without charge.

Detective Inspector Joanne Reid of GMP’s Rochdale Borough, said: “This is a very unusual and complex case and we still have a number of unanswered questions so I want to stress the importance of people contacting us if they know anything.

“We’re examining every piece of information that we have to establish what has exactly happened and are particularly interested in the events leading up to the robbery and how the lorry came to be on fire.”