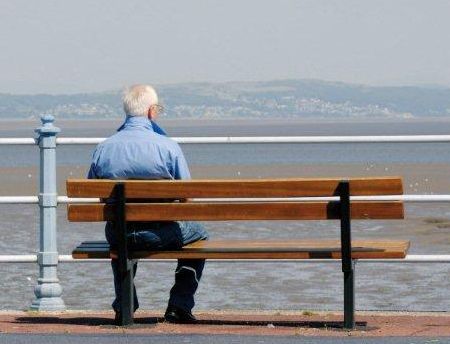 Despite this, they are less likely to be referred for bereavement support than bereaved people who are younger. That’s according to a new report launched today by Independent Age, the older people’s charity, which examines the impact of the death of a partner on older people, and the importance of talking about the bereavement and receiving support.

There is evidence that older people benefit more than working age adults from psychological therapies, but they are less likely to be referred for bereavement support. In fact, fewer than 1 in 5 people aged 65 and over have received bereavement counselling.

The report found that many older people and their families see the death of a partner as “just how life goes”, rather than a traumatic event for which the surviving partner will need support to cope. This means that many older people can find it much more difficult to get access to support such as counselling or therapy, in many cases not even being told that it’s an option, and may feel less deserving of it. There is also a heavy reliance on family and friends, which means those without family and friends may not get any support at all.

Independent Age is calling for one body that regularly comes into contact with bereaved older people, for example funeral directors, to be responsible for providing information about services and support following the death of a partner or close family member.

The charity wants every older person who experiences partner loss to be aware of the support options available to them and to be able to access the type of support with which they feel most comfortable.

Janet Morrison, Chief Executive of Independent Age, says, “The death of a partner in older age can be a devastating life event, with emotional, financial and practical impacts for the bereaved person. Bereavement in older age can lead to loneliness and an increased likelihood of depression, and it is appalling that older bereaved people aren’t being offered the support and access to services that could make a huge difference to their wellbeing. There needs to be a consistent approach to offering bereavement support across the country, so older people who need them can access services that can help them deal with death in their own way.”

People are now routinely using their cars less and walking more since the first...