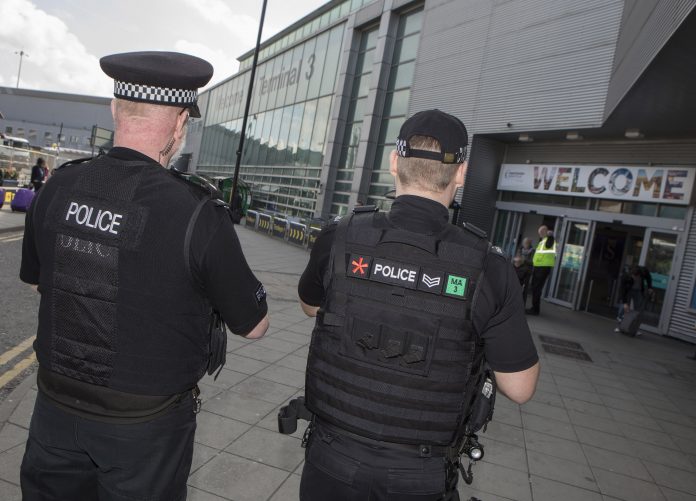 Project Servator was launched in Manchester city centre during last year’s Christmas Markets, seeing police, partners, businesses and the public working together to deter, detect and disrupt a range of criminal activity, from pickpocketing and theft to terrorism. Now, the Airport policing team, Manchester Airport and partners are bringing it to the one of the country’s busiest Airports.

Inspector Alan Kelly, who helps lead the policing team at the Airport, said: “I am really pleased to be introducing Project Servator to Manchester Airport. It is a fantastic opportunity for us to engage with passengers, visitors and staff using the airport and to work with them and our airport security partners to keep everyone safe and add another layer of security to our existing policing methods.”

Airport users can expect to see highly visible police deployments happening in any part of the airport at any time of the day.

These include a range of tactics, such as high visibility uniformed police officers, plain clothes officers, search dogs, police vehicles and searches, all backed up by officers specially-trained to identify individuals who may have criminal intent, CCTV, security staff and less visible security measures.

Officers will also be talking to the public, including businesses, wherever they go to raise awareness of Project Servator and encourage people to remain vigilant and report anything suspicious. GMP is also encouraging everyone to follow national ACT (Action Counters Terrorism) guidance. More information on what to look out for and how to contact police can be found at www.gov.uk/ACT.

A Manchester Airport spokesman said: “The security of all of our passengers and staff is always of paramount importance, which is why we’ve worked closely with GMP on this new initiative.

“The airport is an incredibly safe place but this will further strengthen the measures in place to keep everyone safe and secure at all times.”

Rain continues to cause chaos across the region

The restoration of Buile Hill Mansion has taken another step forward.