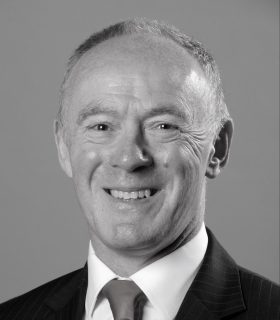 Sir Richard who is stepping down as council leader after twenty five years was one of the signatories to the city-region’s health devolution deal with Government in 2015 which meant Greater Manchester took charge of the £6bn spent annually on health and care.

He has chaired the Partnership since March 2020 and is currently the portfolio holder for health and care for Greater Manchester Combined Authority.

Sir Richard has chaired Manchester’s Health and Wellbeing board, which plans health and social care services for the city; and in the early 2000s, was chair of Manchester, Salford, and Trafford Health Action Zone, which brought together partners to tackle health inequalities.

Previously a teacher and youth worker, Sir Richard is a strong advocate for addressing the wider determinants of health and is resolute that partnership working is key to this and in paving the way for wider public service reform.

Covid response, recovery and the largest vaccination programme in history has dominated Sir Richard’s tenure as chair of the Health and Social Care Partnership so far.