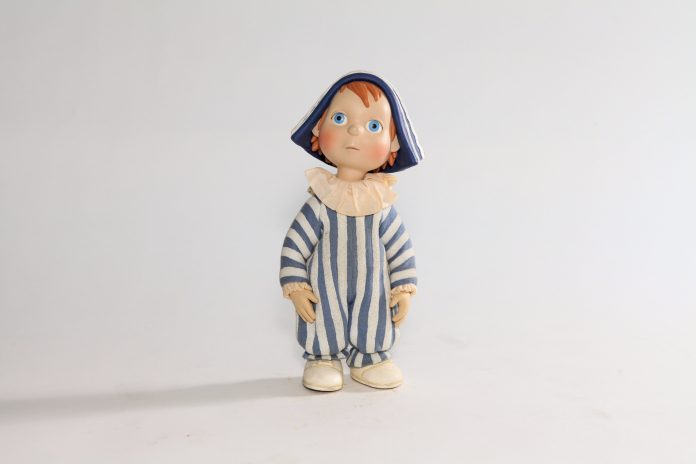 Waterside is proud to announce it is to be the new home of the internationally acclaimed Cosgrove Hall Films Archive – creators of some of the best-loved and most iconic children’s animated characters of all time.

As of October 2017, Danger Mouse, Count Duckula, Chorlton & the Wheelies and other such adored Cosgrove Hall creations, will take up residency in South Manchester’s esteemed arts venue.

To celebrate, Waterside is launching Cosgrove Hall Films from Saturday 21 October, a brand new exhibition which will – for the very first time – shed a spotlight on much of the animation studio’s creative processes. From paper to puppets, and from the development to the production of some of its most recognisable children’s animation of the last four decades, original models, puppets, storyboards and hand drawn animation will all go on display in its new home in Sale. This brand new exhibition will offer a rare and nostalgic insight into some of the many delights from the Cosgrove Hall Films collection, supported by the Heritage Lottery Fund.

Since the animation studio’s closure in 2009, the archive has been hidden in a corner of a production studio, formerly a pie factory located in MediaCityUK. For the first time cartoon and animation lovers of all ages will have a unique opportunity to rediscover the enchanting world of Cosgrove Hall Films and discover how some of the most iconic children’s film and TV of the last four decades were made here inManchester.

The Chorlton-cum-Hardy based studio was founded by Brian Cosgrove and Mark Hall in 1976, it quickly became the UK’s largest animation house. Cosgrove Hall Films produced quality animation by bringing together some of the biggest talents, puppet-makers, actors and animators in the UK to create, adapt and produce popular animations, including Noddy, Animal Shelf and Postman Pat.

They also brought characters from popular childhood fiction to life in animations such as Roald Dahl’s The BFG(1989), Kenneth Graham’s The Wind in the Willows (1983), and Terry Prachett’s Truckers (1992).

With a strong reputation for creativity and an eye for detail, Brian Cosgrove and Mark Hall inspired a generation of animators with their skillful use of stop-motion and traditional techniques. Stop-motion and hand drawn animation is still an appealing and highly respected medium, many international feature length stop-motion animations are still made in the UK. Puppet-makers Mackinnon & Saunders started their careers at the studio, as did BAFTA-winning animator Barry Purves.

David Jason voiced several notable characters throughout the years and guitarist John Squires of the Stone Roses worked on Wind and the Willows .

This exhibition is curated by Georgia Taylor Aguilar a recent discovery from Waterside’s new Curator Incubator scheme – funded by Arts Council England – to build skills for emerging and mid-career curators. The scheme offers curatorial opportunities to emerging curators through exhibitions in Waterside’s physical and digital spaces.  Georgia is an artist/curator and a graduate of the University of Leeds’ BA Fine Art Degree course. Beyond this exhibition, Georgia will continue to receive mentoring from the venue, to further her skills as a curator and arts practitioner.

With the help of ITV, Westley Wood, ex-development producer for Cosgrove Hall, rescued the archive with the sole intention of preserving its history and artifacts. Westley says “The work from Cosgrove Hall Films is part of Manchester’s cultural heritage and was vital to the development of the animation industry in the UK. It’s with enormous gratitude and pleasure that we are working with the Sale Waterside team, to set up a new home and preserve the archive for people to love and enjoy for generations to come.”

Brian Cosgrove comments: “I’m thrilled with the support from The Heritage Lottery Fund and delighted to be working with Waterside to preserve and share the Cosgrove Hall legacy with new generations. I am honoured, and I’m sure Mark Hall would have been too, with the enthusiasm that our work still generates with the general public. I hope that many people will come from far and wide to enjoy these well-loved characters as much as we have over the years.”

Our popular animation conference returns, featuring leading speakers from the worlds of animation and puppetry.

Manchester Duck Race may be cancelled but you can enjoy a virtual one on...

First Street serves up Wimbledon for another year

Haunted hilarity at The Lowry this Halloween as Kill the Beast return with Director’s...