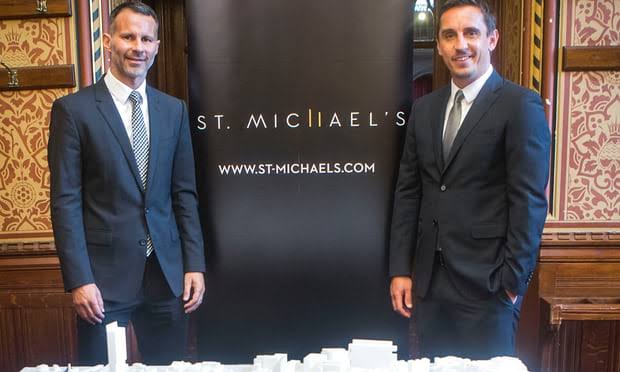 With plans for a revised version of the controversial St Michael’s Development around Bootle Street tomorrow, Gary Neville has created more controversy as he has admitted to a magazine that he has been buying up property around Manchester under a different name.

According to the Daily Mirror, Neville reckons it’s easier to get planning permission as hethinks it is his name causing problems rather than the tower plans.

In an interview with British Airways in-flight magazine Business Life it is revealed in the last 12 months he has secretly bought four other buildings in Manchester and found the process of developing much easier say the paper.

The details of revised 700,000 sq ft scheme, fronted by Neville and his former Manchester United teammate Ryan Giggs, are due to go on display at the Central Library tomorrow after the original scheme was put on hold after being  branded a “planning disaster of a magnitude not seen in decades” by heritage bodies.