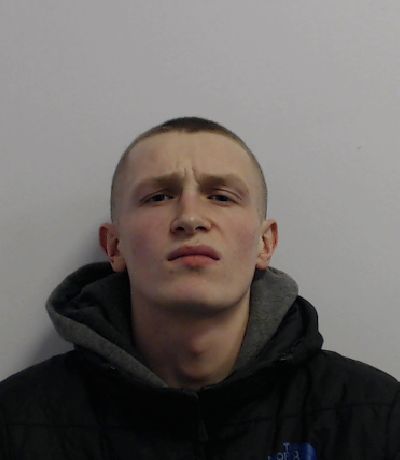 Two brothers and their accomplice have been jailed for their part in a fail-to-stop collision that killed a man in Longsight.

Shahid Tarafdar, 45, left a local shop and was crossing Stockport Road towards his nine-year-old son who was waiting in the car for him when  a Peugeot collided with him on the 7th February this year.

He was taken to hospital where he was sadly pronounced dead a short time later.

He has also been disqualified from driving for seven years and 45 days.

Martin collected Abdullah Taher from East Road in Longsight in the Peugeot 307 he bought with his brother, Michael, just two days earlier after seeing an advert for its sale on Facebook.

They travelled onto Stockport Road where Martin Joyce was seen on CCTV driving at speed.

After Shahid was hit by the car, it was forced to come to a momentary halt, being held by traffic waiting at the next set of traffic lights, at which point Taher attempted to flee from the car but Joyce accelerated with the passenger door open.

He ran a red light at a busy junction on Stockport Road with Dickinson Road, continuing to travel at high speed before swerving onto a pavement to bypass cars waiting at junctions.

The car was taken to Rimmer Close in Beswick where Joyce and Taher were seen wiping down the car they had abandoned, before going to purchase baby wipes to finish what they had started.

A few hours later, police received a report that the Peugeot was on fire. Officers then made arrest attempts for Martin Joyce with a warrant being executed at his home in Gorton but he was not present and a man hunt commenced.

He was tracked down and arrested two days later where, in interview, he told officers that he had no involvement in the collision and his brother Michael had purchased the Peugeot.

The brothers had conspired with each other in order to protect Martin, 17-years-old at the time, with Michael taking full responsibility for the collision, claiming it was an accident and maintaining he was the driver.

Michael Joyce aged 22  and Abdullah Taher,21 have been jailed for one year and six months for perverting the course of justice.

Police Sergeant Lee Westhead of GMP’s Serious Collision Investigation Unit, said: “I have nothing but contempt for the spineless actions of Martin Joyce and Abdullah Taher; knowing full well that their car had struck a man, their immediate thought was to try and cover up their involvement in what they knew was likely a fatal collision.

“If Martin Joyce had not driven dangerously enough, he went on to put more innocent lives at risk when fleeing the scene.

“The CCTV images recovered from the area of the abandonment show the two cowards in their true light, skulking and hiding, panicking and worrying.

“Both Martin Joyce and Abdullah Taher were soon found and arrested, both having made determined but ridiculous attempts to change their appearance.

“So afraid of going to prison, Martin Joyce would later try to lead the police to his brother Michael Joyce in a planned but disastrous attempt to pervert the course of justice further.

“All three are now where they belong which brings me great satisfaction.

“Yet again the actions of a young, arrogant and, in this case, disqualified driver have led to a death, this time of a hard-working and beloved husband and father.

“The Serious Collision Investigation Unit will continue to hunt down those that commit these heinous crimes. No matter how hard they try to cover up their involvement, we will be there to find them and bring them to face the justice they deserve.

“I offer my sincere condolences to the family of Mr Tarafdar, I hope they can take some comfort from today’s sentencing and start to rebuild their lives.”