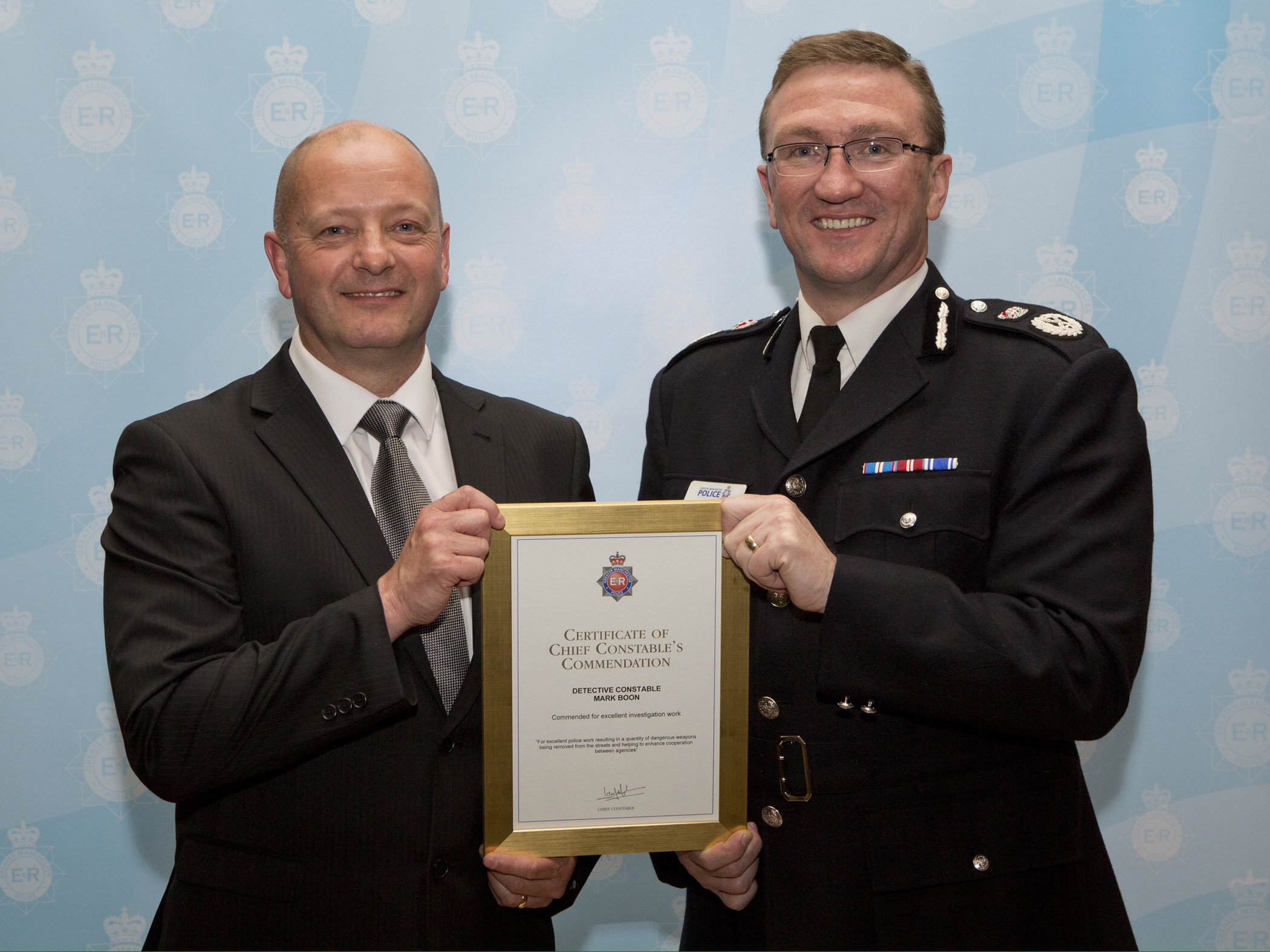 Mark, now an officer at Devon and Cornwall Constabulary, was recognised for his work leading an operation which initially intercepted a firearm that had been shipped from the United States towards an address in Blackley in Manchester.

This led to the discovery and seizure of a number of firearms and firearm components from the address as well as several boxes of ammunition and engineering equipment. In addition a large number of knives and police and military clothing and equipment were also found.

The seizure eventually led to the arrest and successful conviction of the offender in December last year.

Greater Manchester Police Detective Sergeant Sue Wilson, who nominated Mark for the award, said; “Although it transpired that none of the weapons had been fired and belonged to a collector, clearly any one of them could have posed a serious threat to the public if they had fallen into the wrong hands.

“Thanks to the hard work of Mark and his ability to coordinate a number of different units, a significant number of potentially lethal weapons have been taken off the streets.”

“This operation was one of a large number of seizures that Mark has been involved with, and his close liaison with colleagues in other teams and outside partners has resulted in great proactive work and more illegal items being seized.”