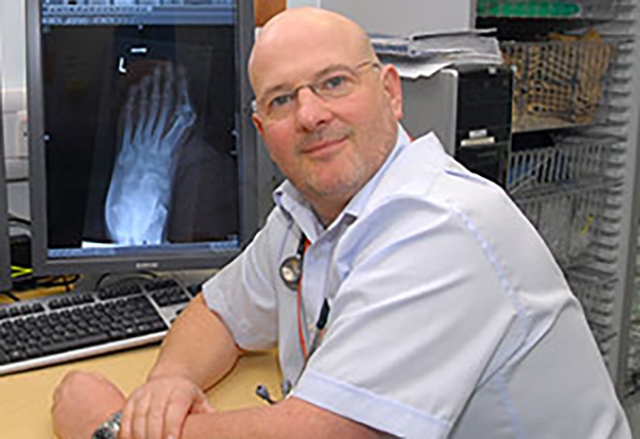 A trio of medical experts from Manchester have made a potentially revolutionary breakthrough for the treatment of brain tumours.

Innovate Pharmaceuticals – led by Dr James Stuart, Simon Cohen and Jan Cohen – was part of the development team for a new drug, known as IP1867B. The pioneering medication could transform the future treatment of brain tumours.

The major cause of treatment failure in patients is resistance to targeted therapies and pre-clinical trials of the new drug have demonstrated its ability to sensitise tumours to the latest generation of treatments. Trials have even demonstrated a capacity for the drug to prevent tumours from acquiring resistance at all, which would dramatically improve the success of treatment for this particular cancer.

Dr James Stuart, medical director at Eccles based Innovate Pharmaceuticals, commented: ”Our work on multiple disease areas in the cancer field has shown that hitting a number of targets with IP1867B allows us to not only shrink tumours but unmask them allowing other therapies to attack them. This action of ‘turning cold tumours hot’ alongside the reversal of acquired resistance, boosting combination efficacy and a possible lowering of side effect burden makes IP1867B a true breakthrough in cancer treatment. The next step is to take IP1867B into ‘first in human’ trial. We actively driving this next stage of development and look forward to seeing the results.”

Alongside Innovate Pharmaceuticals, trials were led by the research team at the Brain Tumour Research Centre at University of Portsmouth, working with the University of Liverpool and the University of Algarve in Portugal.  The success rate for cancer therapies has been limited due to a combination of factors, such as the tumour’s ability to hide from and develop resistance to the treatment; excessive side effects; the treatment not being clinically effective; and the lack of penetration through the blood brain barrier – IP1867B was shown to be effective at targeting all of these limiting factors.  The research team worked with existing cancer treatments and combination studies with traditional chemotherapy, targeted therapies and immunotherapies are now underway.

Research team leader from the Brain Tumour Research Centre, Dr Richard Hill, said: “To produce a completely new drug takes many years and is very expensive. By focusing our efforts on testing novel formulation techniques, we can move closer to a treatment more quickly than would otherwise be possible.  “We will continue to urgently investigate which drugs will combine most effectively and safely with IP1867B, to improve these results even further and reduce the need for long-term use. There is still much work to be done, but many reasons to be excited for future studies.”

The breakthrough came in laboratory tests in vivo using cancer cells from adults with brain tumours. In all the variations of drugs tested, including separating out the three key components of IP1867B, it was considerably more effective than any combination of other components and some currently used chemotherapeutics.  All three ingredients, which are already approved for use in the clinic, have been shown to kill tumour cells without having an effect on normal brain cells.

Katie Sheen, research manager at Brain Tumour Research, added: “Our work on combining drugs is a vital and key part of our ongoing developments in the fight against brain tumours, which are an incredibly complex form of cancer. Being able to take existing drugs that have already been approved for use in humans, developing them in novel ways and applying them in the treatment of brain tumours offers much hope for the future.”

Can you help identify this man who was found dead at Irlam station?