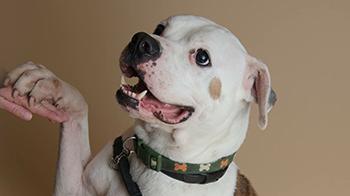 There were over seven and half thousand cases of animal cruelty investigated across Greater Manchester last year according to figures released by the RSPCA.

The region was the third worst place in the country for cases behind Greater London and West Yorkshire, while the North West as a whole saw over sixteen and a half thousand cases reported.

2016 marked ten years since the introduction of the Animal Welfare Act was introduced into England and Wales, making it possible for the organization to intervene earlier in cases.

Across the U.K. as a whole, almost 150,000 complaints were investigated last year, that equated to more than 400 allegations of animal cruelty every day last year, a rise of nearly five percent compared to the previous 12 months.
Calls to the our 24-hour cruelty hotline also rose by nearly four percent, which amounted to more than 1.15 million calls last year – averaging one every 27 seconds.

The organizations leading inspector believes the surge in calls is down to the public seeing more animal cruelty shared on social media.

It continues to outrage and sadden me that people can be capable of such deliberate brutality towards animals, but equally it drives me on to ensure that perpetrators of animal cruelty are put before the courts.

I believe that the figures from last year show that we’re not becoming crueler, but that people are simply less willing to stand by and do nothing if they think an animal is suffering.

People are increasingly likely to share images or footage on their social media accounts of animals they believe are not being cared for properly, while many will see material their friends have shared and then contact us about them.

Either way, our officers are under increased pressure having to respond to more calls and investigate more complaints, but it is thanks to their dedication, as well as RSPCA staff and volunteers across England and Wales that we are able to transform the lives of tens of thousands of animals each year.”

Central Library exhibition commemorates 100th anniversary of the end of the Battle of the...