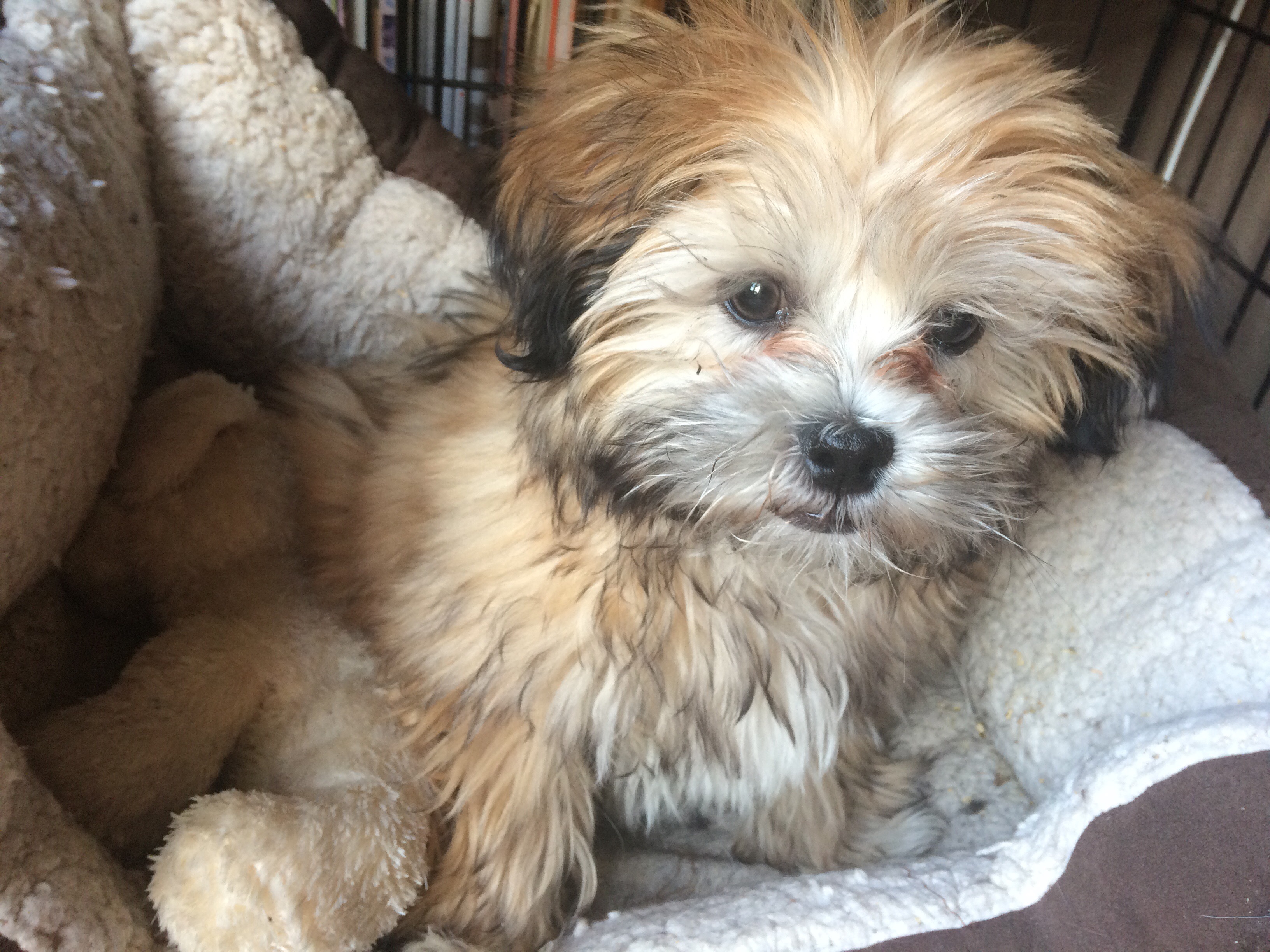 Officers are trying to reunite a family with their puppy after he was stolen in a Trafford burglary.
At some time between 2.30am and 3am on Tuesday 28 March 2017, someone forced the front door and broke the lock of a home on Hancock Street in Stretford.

Once inside, the burglar or burglars then stole the owner’s five-month-old Shih Tzu cross Maltese called Bobby.
The family dog, which is light brown, was wearing a pink and silver collar at the time.
A laptop, tablet and jewellery were also taken.

Owner, Melissa Briscoe, said: “I woke up to a scratching noise at about 2.30am but I thought it was just my cats.

“When I went downstairs in the morning, my home was completely ransacked. Our things were thrown everywhere and my children’s school uniforms were trampled on the floor. Then I realised Bobby’s puppy crate was empty.

“I have three young children and they are absolutely heartbroken. They just keep asking me when he’s coming home.”
Constable Lucy Nicholas, of GMP’s Trafford borough, said: “This burglary goes beyond material items. To steal a much-loved family pet is heartless.

“Bobby’s owner and her children are understandably distraught, so we need the public’s help to reunite Bobby with his family.
“If you saw anything suspicious in the area at this time or have been offered a puppy of this description for sale in Greater Manchester, then I urge you to get in touch as soon as you can.”
Anyone with information should contact police on 0161 856 7635, 101 quoting reference number 0338 of 28/03/17 or the independent charity Crimestoppers, anonymously, on 0800 555 111.