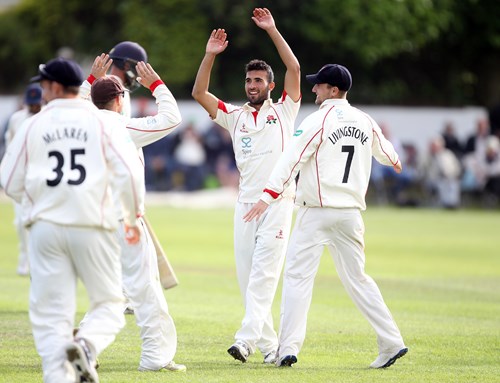 Mahmood, who has been away in Australia and the West Indies with the England Lions over the winter, took 12 wickets in first-team Championship cricket last year, with a best of 4-50 in the first innings of the season-ending win over Surrey at Emirates Old Trafford. He was the last man to dismiss Kumar Sangakkara in first-class cricket, his most prized scalp to date. He has also been selected for the North-South series which takes place in the Caribbean later this month.

The 21 year-old from Rochdale has come through the Lancashire Academy system and made his debut for the Red Rose in 2015 and has been involved in the England Lions set up for the last two years.

Bailey, who also graduated the Lancashire Academy, made his debut for the Club in 2012, took 26 wickets in nine matches last summer, helping the Red Rose secure a second-placed finish in Division One.

The 26 year-old took his maiden five-wicket haul against Middlesex in the penultimate game of the season in his first appearance at Lord’s, whilst Bailey also struck his second first-class fifty coming in a home Championship win over Middlesex at Southport in 2017.