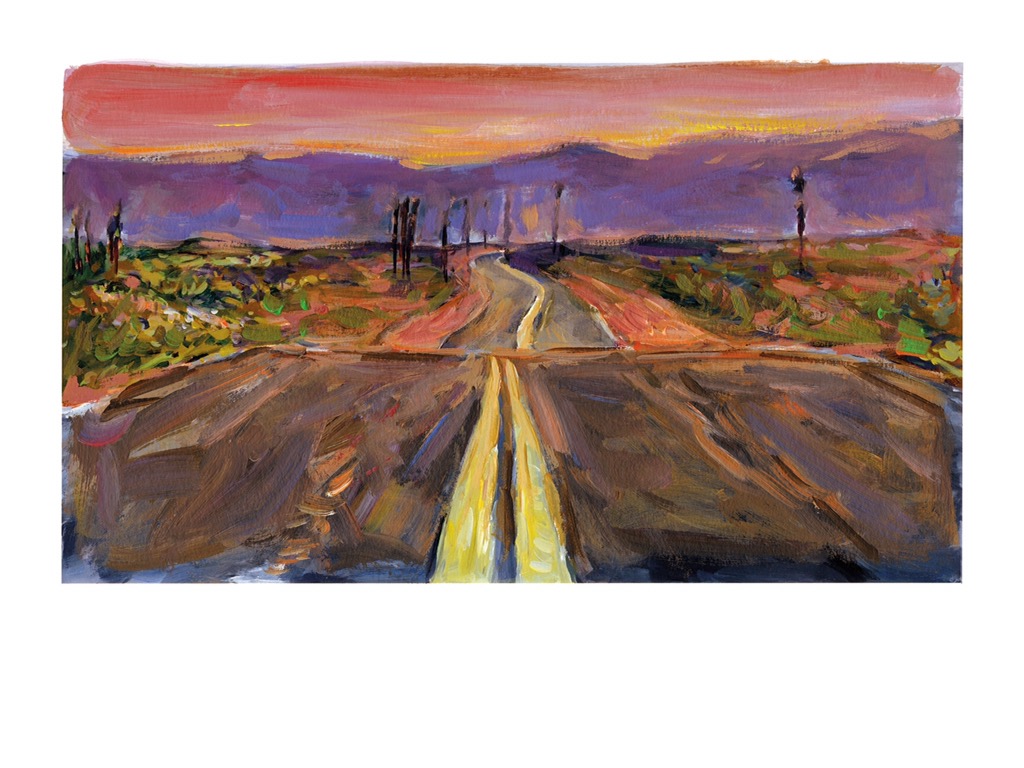 A series of limited edition graphics from Bob Dylan’s new exhibition, The Beaten Path, have been released by the UK’s leading fine art publisher, Washington Green, and are available to buy from Castle Fine Art in Manchester from today.
The Beaten Path captures iconic images as Dylan travels the main routes and backroads of America. From the shiny lights of motel signs against a backdrop of bright blue sky in Florida Country (2015-2016) to a quiet view onto a gas station in Midnight Caller (2015-2016), the iconography invites the viewer to accompany Dylan on his travels as he criss-crosses the USA through the back streets, alleys and country roads.

From the exhibition emerge fleeting snapshots of America – one of downbeat motels and traditional diners, forgotten fairgrounds and vintage cars, urban dwellings lit by streetlamps, expansive plains and the open road. Reminiscing about landscape unpolluted by the ephemera of pop culture, recognisable and universal objects such as motels, donut shops, train tracks, ice cream shacks and bridges can be found in traditional, everyday settings such as East L.A Side Street (2015–2016) and Brooklyn Heights (2015–2016).

The Beaten Path offers viewers insight into the world of Dylan, whose artistry has transcended every generation and celebrates a vivid manifestation of a country which continues to enthral, charm and captivate.

The Beaten Path limited edition graphics are available to buy from Castle Fine Art, 12-14 King Street, Manchester, M2 6AG from 5 November 2016. Each of the 15 new images have been released in an edition of 295 and are individually hand-signed by the artist. Produced in a variety of sizes, artworks in the collection start at £1,750.00.