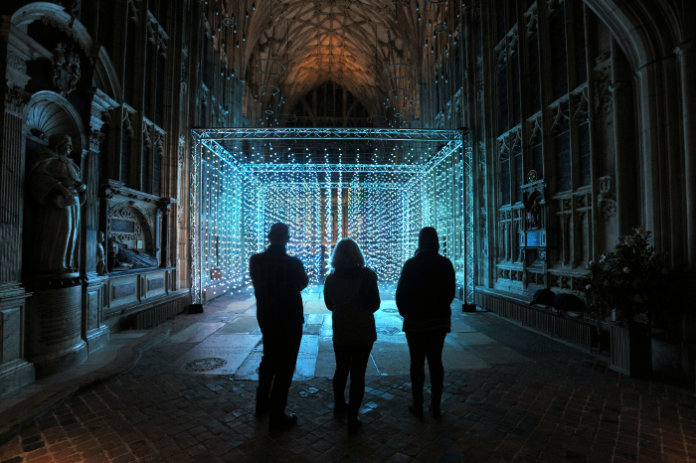 Stretching for one square mile south of Manchester Central Library in St Peter’s Square – the Oxford Road Corridor is Manchester’s innovation district and home to a diverse and international community. Steeped in academic, literary, musical, and political history, it is a destination with a unique concentration of knowledge, business and cultural assets. It embodies the innovative and international spirit of Manchester as the home of many of its most significant arts and educational institutions – from University of Manchester, Manchester Metropolitan University, Manchester City Council, Manchester University NHS Foundation Trust, Bruntwood, Manchester Science Partnerships, HOME, and the Royal Northern College of Music.

It is also surrounded by many beautiful green spaces, bustling restaurants and bars. It is where groundbreaking and life-changing discoveries and cultural and creative innovation have and continue to take place – from the splitting of Rutherford’s Atom to the more recent discovery of graphene. In recent years the area has also been transformed by significant levels of investment.

This inaugural three-day event has been created in partnership with the Corridor’s many venues and institutions and will shed a spotlight on all their great talent, achievements and future possibilities. Featuring a programme of specially-commissioned new work from acclaimed UK and international artists alongside Manchester-based talent, Corridor of Light is a celebration of the people who live, study and work in this unique geographic location. It will champion the transformative and powerful role arts and culture can play to support communities and it will inspire people to envision better futures as we re-emerge from challenging times as a city.

Entirely free to attend, and running from 6pm to 10pm across the three nights – Corridor of Light will bring together artists, writers, students, poets, and performers, to tell their stories of Oxford Road. With a focus on language, music, light and ideas, this special series of events and experiences will bring to life the Corridor’s unique constellation of knowledge and culture, championing the area’s change-makers, both past and present.

Corridor of Light 2021 opens with the arrival of Recovery Poems at Manchester Central Library, accompanied by choral singing from LGBTQ+ low voice choir The Sunday Boys in the library’s Reading Room. A performance of two specially-commissioned new stanzas for Made in Manchester, a community poem in 65 different languages, follows. Written by communities working with Manchester Poetry Library at Manchester Metropolitan University, this living composition will eventually represent every language spoken in Manchester, the UK’s language capital.

One of the undoubted highlights of this inaugural festival will be the world premiere of artist, writer and leader of world-renowned performance group Forced Entertainment, Tim Etchells’ new neon work appearing on the bridge high above Booth Street East. Created in dialogue with the unique landscape of the Oxford Road Corridor, Etchells’ work is a playful intervention that asks us to think about language, the city and the present moment. With work exhibited in cities across the globe, including Berlin, London and Vancouver, Etchells’ practice spans performance, video, photography, text projects, installation and fiction.

In addition to being one of the first to catch this brand new commission, Corridor of Light will also offer the rare opportunity to take part in an Algorave… a combination of ‘algorithms’ and ‘rave’ – ie coding and clubbing the opportunity to dance to alien rhythms and freaky visuals, all created from code displayed and created before your eyes.

Every night during Corridor of Light, watch algorave co-founder Alex McLean and artist Antonio Roberts’ handpicked selection of pre-recorded algoraves from international coding performers, with code being written as it generates the music you hear. The practice of making electronic music visible taps into algorithmic music’s long history – opened up with live coding technology over the past decade. For one night only on Friday 22nd of October there is also the chance to join some of the scene’s frontrunners to experience the human side of algorithms, with live algorave performances from some of its key coders and collectives.

Outside Central Library, Manchester-based text and light artist Elisa Artesero’s installation The Stories Under Our Feet sees short observational poems outlined in light beneath the benches surrounding the building. Further down the Corridor, the curved surface of University Place becomes a vast canvas for a new video by artist and curator Antonio Roberts, Move Fast and Brake Things. Inspired by the first computer to store and run a program, built nearby, this fast-paced projection reflects on the comparatively innocent origins of computing.

At Number 70 Oxford Street, comic artists Sayra Begum, Ian Bobb and Francis Desharnais transform the windows of the former Cornerhouse building into a giant comic strip for The New Arrival, responding to a treatment by poet, fiction writer and playwright Pete Kalu and each representing a UNESCO City of Literature.

Two new installations at the Royal Northern College of Music showcase the state-of-the-art technology within Studio 8, the conservatoire’s brand new digital studio. Social arts practice May Wild Studio and RNCM’s international students have created an innovative, participatory work in the building’s long window, exploring experiences of living and studying nearby, while a new installation merging the recorded sounds of Oxford Road, spoken word and electronic music immerses listeners in enveloping surround sound – either in Studio 8 itself or as they walk down the Corridor.

As part of Black Gold Arts Festival, Contact’s windows will be lit up with images of Manchester artist and theatre-maker Chanje Kunda. The images feature Chanje’s stunning new film, Plant Fetish, premiering at the festival. Contact will also be open during Corridor of Light to give audiences a taste of its new café and bar, following a major building redevelopment and expansion.

FESTIVAL OF IDEAS is a strand of specially curated conversations presented as a response to the Corridor of Light programme, with featured artists reflecting on its themes, and on the Oxford Road Corridor itself.

CORRIDOR OF LIGHT PLUS sees late-night openings, food, drinks, DJs, live music and more taking place across many of the Corridor’s venues.

ILLUMINATED BUILDINGS will result in architecture from Manchester Central and Cobbett House to Kan Yasuda’s Touchstone outside The Bridgewater Hall lit up in celebration and welcome.

Award-winning architectural practice Tonkin Liu have designed Tower of Light, a stunning façade enclosing a highly efficient source of heat and power for Manchester’s most iconic buildings – a revolutionary new addition to the Corridor.

Corridor of Light also overlaps with the Manchester Folk Festival, which takes place at four Oxford Road Corridor venues and features gigs including The Futureheads, The Breath, Jesca Hoop, Spiers & Boden, the Gigspanner Big Band, and Kathryn Tickell and The Darkening.

Maria Bota, Artistic Director of Corridor of Light, says: “Oxford Road Corridor is a brilliant canvas for Corridor of Light. We invite you to regather, share in the stories of today, and celebrate the stories of the past as well as the difference those who dwell, study and work here are making to our futures, in this celebration of language in its many forms through music, light and ideas.”