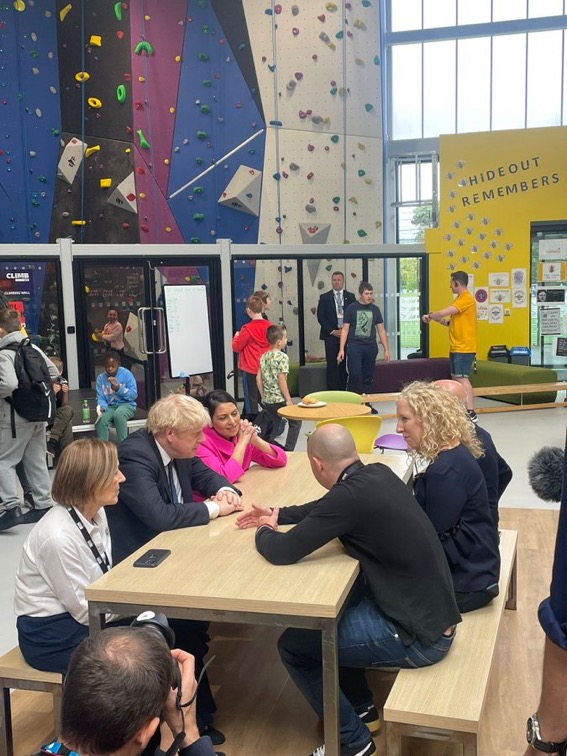 Boris Johnson has refused to rule out a Christmas of supply chain disruption as he made a pre conference visit to a youth club in Gorton.

Speaking on a visit to The HideOut youth club on Hyde Road  he declined to promise that shelves would not be left empty but said:

“I’m very confident this Christmas will be considerably better.”

Earlier also interviewed in Manchester on the BBC’s Andrew Marr Show,Johnson played down labour shortages as a “period of adjustment” that would see wages increase.

He said the country is going through a “period of adjustment” to a higher-wage economy after Brexit. “The way forward for our country is not to just pull the big lever marked ‘uncontrolled immigration,’”