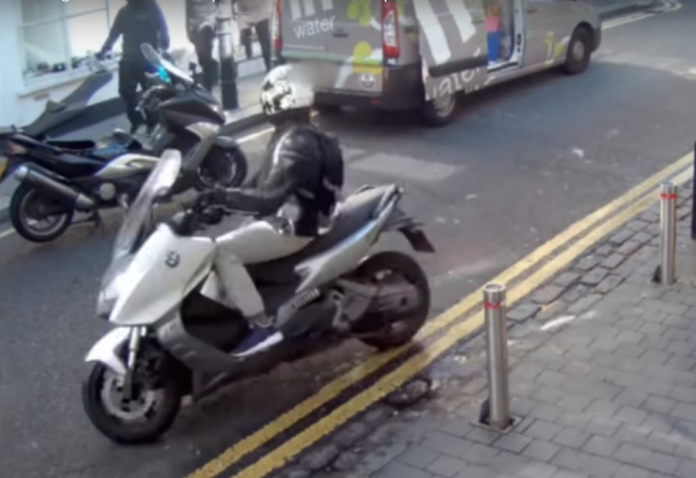 Anyone in the UK who has taken even a passing glance at the news over the last few months will be well aware of a rising rate of moped crime throughout the country. The raw statistics are extremely shocking, particularly in London, with 16,158 of these offences taking place between June 2016 and 2017, a rise of over 300% on the same time period during the previous year.

While many of these crimes are rooted in personal theft of mobile phones or the recent trend of acid attacks, moped crime is also having an impact on brick and mortar stores. These thieves generally target high-end retailers; within a single fortnight last autumn, “ram raid” style break-ins having took place at Chelsea’s Michael Kors store and Regent Street’s flagship Apple store.

With residents of Camden and Islington—the two most-targeted boroughs in the capital —calling this the “crisis point” for this particular crime wave, we take a look at what might have spurred this spate of moped crime into being, and explore how businesses can protect themselves in the future.

Why is there a moped crime wave in the first place?

Mopeds have become the accessory of choice for enterprising thieves for a number of reasons, which are unfortunately inherent to the design of the vehicles themselves. For a start, mopeds and other light, two-wheel vehicles are extremely easy to steal. As the BBC reports, there has been an incremental rise in thefts of mopeds and motorbikes since 2014; 60% of all such thefts took place in the capital, but only one tenth of licensed motorbikes and mopeds are actually registered to Londoners, meaning the crises stretches far beyond the capital.

According to the Metropolitan Police superintendent in charge of the anti-moped crime taskforce, these thefts are also popular due to a “growing secondhand market in mobile phones,” with research showing that moped criminals can steal £300 worth of phones in mere minutes. These criminals further reduce their chances of getting caught through DNA evidence or CCTV identification by wearing gloves and balaclavas.

What can stores do to protect themselves?

Despite all of the precautions criminals take, there are safeguards that you can put in place in order to beat these bandits. Considering their lightweight nature, and the almost disposable way in which they are treated by the criminals who use them, mopeds are often used not only as a getaway vehicle, but as a two-wheeled battering ram.

Consequently, the first line of defence in the face of a potential shopfront spree is to install shutters in front of your store. Many of the stores targeted by moped thieves are outlets selling expensive fashion or computer goods, and consequently may wish to project a more elegant image to potential customers or those passing by on the high street. If this is the case for your store, you can rest assured that many security companies take this concern into consideration; Bridger Security note that there are a rising number of security shutters available which provide comprehensive protection “without creating an oppressive atmosphere that may compromise peace of mind.”

What other security options do retail outlets have?

Shutters and grilles provide a visible, physical barrier between your store and any potential thieves outside of opening hours, but if you are still undecided about having these installed, there are plenty of other security options with which to protect your business. CCTV systems are frequently cited in reports of moped crime, with criminals caught in the act on cameras positioned in store or facing the street. Likewise, burglar alarms will alert anyone in the vicinity that there is an intruder in your store, and one survey of convicted burglars notes that 60% would chose another target if they noticed a visible burglar alarm on the premises.

However, considering the smash-and-grab attitude of these thieves, and the fast pace at which they get in and out of a store, it is doubtful that they would be deterred by such measures. Unlike security shutters, the likes of CCTV and alarm systems are not strictly preventative measures when it comes to a potential intruder, and only contribute to their eventual apprehension, rather than stopping them from entering your store outright after hours.

Regardless of how you choose to protect your store, installing new security measures or updating your existing security system is imperative if you want to avoid falling victim to one of the most commonly-committed crimes of recent years.