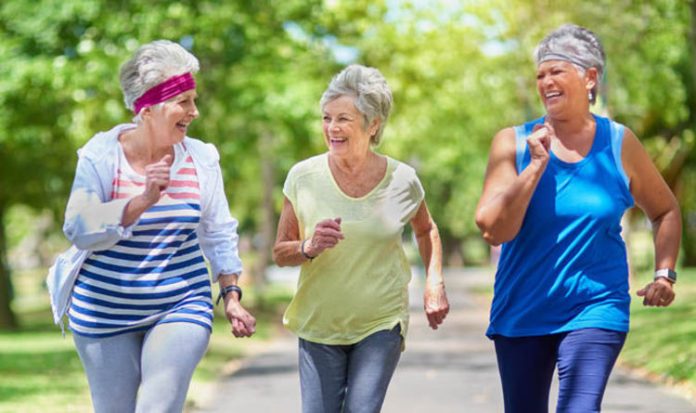 Keeping active is an integral part of daily life, one aspect which we are taught at a young age during our time at school, with the hope it will continue throughout the years. However, once weekly PE lessons have passed us by, it can be all too easy for this essential lifestyle factor to fall by the wayside. But how much time do those who have left school actually spend on being active? The experts at Portafina have surveyed 2,000 people, split evenly over the age ranges of under-30 and over-50, to discover further just how active each generation is.

There is an overwhelming image in the media of the younger generation that those under the age of 30 spend their time inside, playing on their smartphones and games consoles. The statistics from the Portafina survey suggest this is not an unfair assumption. In fact, only 10% of under-30s prefer to exercise outdoors, in contrast to the 26% of over-50s who spend their leisure time in the great outdoors. What does this statistic mean? While it can be argued to show that the younger generation spend their free time, and their working life, cooped up indoors, it can also be argued that just because they aren’t exercising outside, doesn’t mean they aren’t exercising at all.

Portafina’s survey found that 32% of under-30s held a gym membership. This is in contrast to only 10% of over-50s who own a gym membership. There may be a variety of factors which contribute to this statistic, but one which cannot be denied is whether gyms are a welcoming, inclusive area for older generations. After all, advertisements show us young, athletic, toned people; they don’t show older citizens working out.

Another factor which may contribute to the changing attitude of keeping active of both generations could be lifestyle changes. As Portafina discovered, in the 1960’s, 50% of jobs required physical activity. However, an incredible 80% of jobs in the modern world are sedentary. Not only does this contribute to the fact that fewer members of the younger generation are now enjoying regular exercise, but it is also a considerable factor for the rise in obesity.

Additionally, it’s a common trend throughout the over-50 generation that exercise is an integral part of their daily routine. However, while the under-30s also agreed that exercise is essential, they often take part in it for a different reason: to specifically to reduce stress. With mental health becoming more widely discussed in society, the benefits of exercise and activity for it makes you feel not only physically but mentally too are well-known.

Portafina’s highly relevant and informative survey shows us one main takeaway point: exercise and activity is extremely important for both generations. In fact, there’s never been a better time to work on your body, mind and finances than right now.