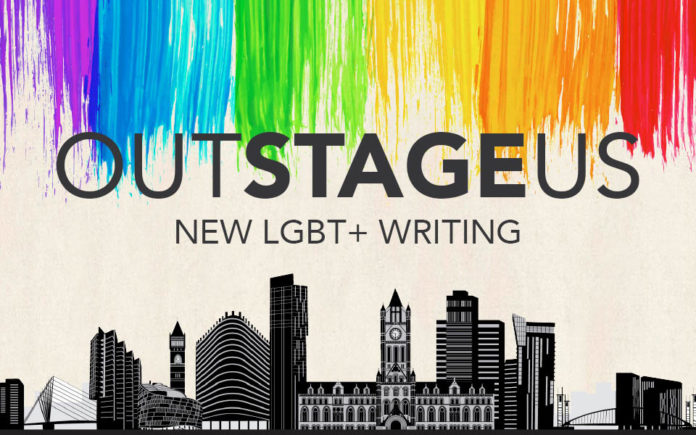 Seven new scripts from some of the North West’s most exciting writers will take centre stage at The Lowry next month as Manchester theatre company, Hive North, with OutStageUs.

Running from Thurs 10 to Sat 12 September, OutStageUs will present works that reflect the past, present and future of LGBT+ activism to mark the 50th anniversary year of the Stonewall Riots, when the New York Police Department raided the Stonewall Inn, a gay bar in New York’s Greenwich Village.

After an open submission process, Hive North have selected scripts by new and established writers. Pieces being presented include Unspoken written by Hollyoaks’ favourite Annie Wallace.

Talking about OutStageUs, Annie commented: “Following the shout out for submissions for Hive North’s OutStageUs, I decided to submit something I had had in mind for some time. The dialogue came quickly. The editing less so. It’s loosely based on a real event in my own life.”

Gaydio and BBC Radio Manchester presenter Emma Goswell will present a series of Coming Out Stories, selected and edited from the podcast of the same name.

Other selected scripts include Mixed Up by James McDermott, Changes by Chloe McLaughlin, Extra Curricular by Billie Collins and My Temple by brand new writer Tom Carney.

OutStageUs will also present the North West premiere of My Loneliness is Killing Me, winner of Best Short Film at the 2018 BAFTA Scotland Awards. The film, written by Michael Richardson and directed by Tim Courtney explores loneliness and division among gay and queer communities.

Half Term Deals Parents will Adore at The Pointing Dog Cheadle