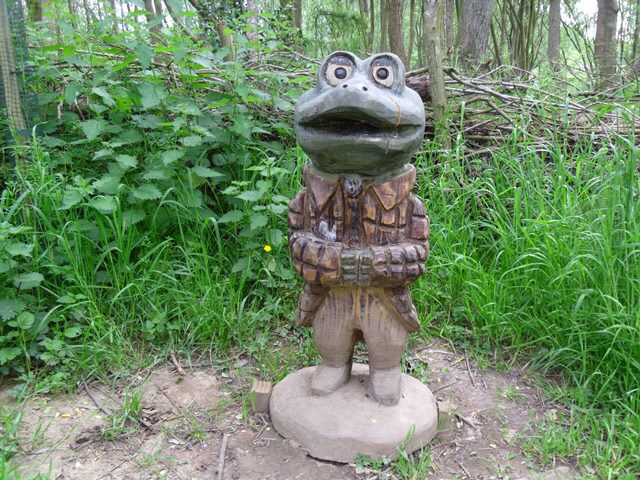 This August take a stroll through the green canopies of Brockholes Nature Reserve where, the lucky few, will spy a well-dressed toad, a timid mole or perhaps an elusive badger. Visitors to the nature reserve between Mon 22 and Fri 26 August are all invited to take part in Brockholes The Wind In The Willows Week.
Families from across the region are invited to explore Brockholes newly created The Wind in the Willows trail, where they may catch a glimpse of creatures from the world-famous tale. As well as the trail there will be the opportunity to take part in craft and story-telling sessions, face-painting and animal encounters. The full schedule of events can be found here.

The week of themed activities celebrates the world premiere of The Wind In The Willows musical adaptation, by Julian Fellowes, George Stiles and Anthony Drewe, which will be at The Lowry in Salford from Thu 27 October until Sun 6 November.

Sarah Leach, Events Manager at Brockholes said: “It’s a pleasure to be able to bring to life the beautiful landscapes and characters depicted so vividly in the classic tale through the use of our reserve and planned activities. I’m sure it will be a week of fun-filled family entertainment that suitably celebrates the upcoming musical adaptation.”

Based on Kenneth Grahame’s treasured novel which has captivated generations of readers for over a century, The Wind In The Willows has been adapted for the stage with a book by Academy Award-winning screenwriter and Downton Abbey creator Julian Fellowes and Olivier Award-winning composer and lyricist duo George Stiles and Anthony Drewe. Fellowes, Stiles and Drewe previously collaborated together on the hugely successful international hit musical Mary Poppins which ran for three years in the West End and six years on Broadway and on a new version of Half a Sixpence currently playing at the Chichester Festival Theatre.

Produced by Jamie Hendry and MJE Productions in association with Theatre Royal Plymouth, The Wind In The Willows is directed by Rachel Kavanaugh with design by Peter McKintosh, choreography by Aletta Collins, lighting design by Howard Harrison, sound design by Gareth Owen and musical supervision by Simon Lee.

Kenneth Grahame’s wild tale about the thrill-seeking Mr Toad comes to life in a brand new stage musical. Ratty, Badger and Mole join the exuberant Toad and embark on a series of adventures and misadventures caused by his insatiable need for speed! Imprisoned for theft and with his existence under threat from the inhabitants of the Wild Wood, Toad must attempt a daring escape to defend Toad Hall. Featuring spectacular stagecraft and a company of over fifty, this sparkling new musical with a glorious original score brings this treasured British classic to life in what is set to be 2016’s wildest theatrical adventure.

The Wind In The Willows Week

The Wind In The Willows

Discover the delights of the dawn chorus at RSPB Leighton Moss

Gold and white or blue and black?