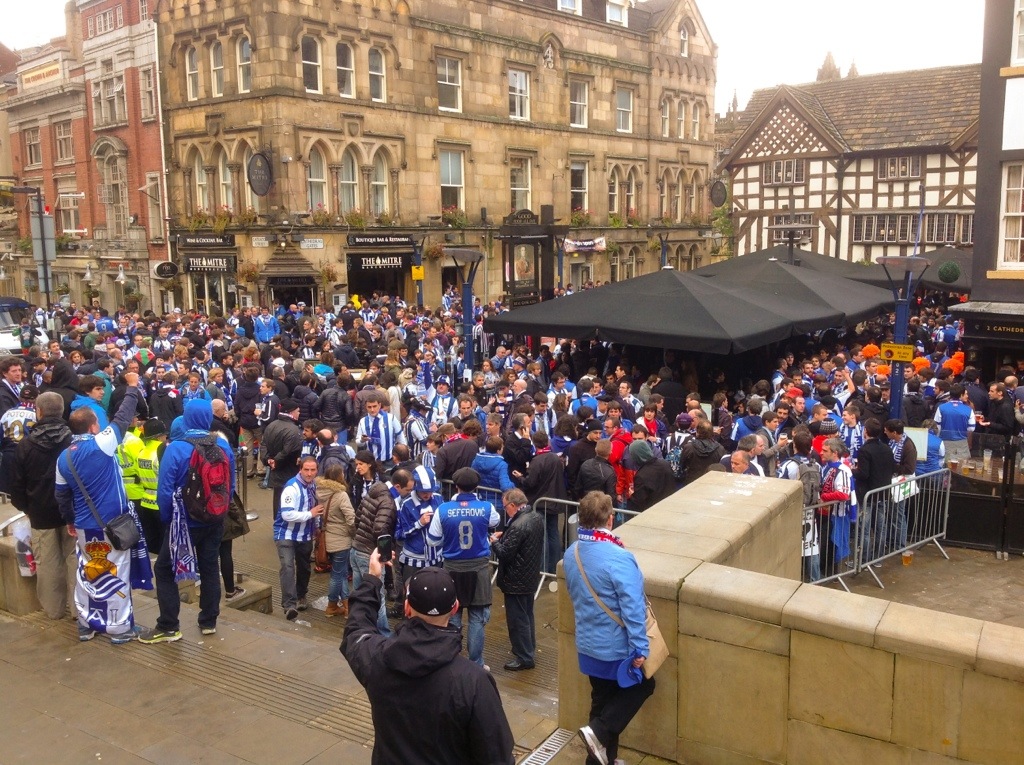 The supporters are here to see their team take on Manchester United this evening at Old Trafford and will be hoping to pick up their first points of the campaign after losing their opening two fixtures.

The club, based in the heart of Galicia are in the tournament for the first time since 2003 after finishing fourth in last seasons La Liga and hammering Lyon 4-0 over two legs in August’s final qualifying round.

Experience the magic of Manchester at Kimpton Clocktower and The Refuge by Volta this...