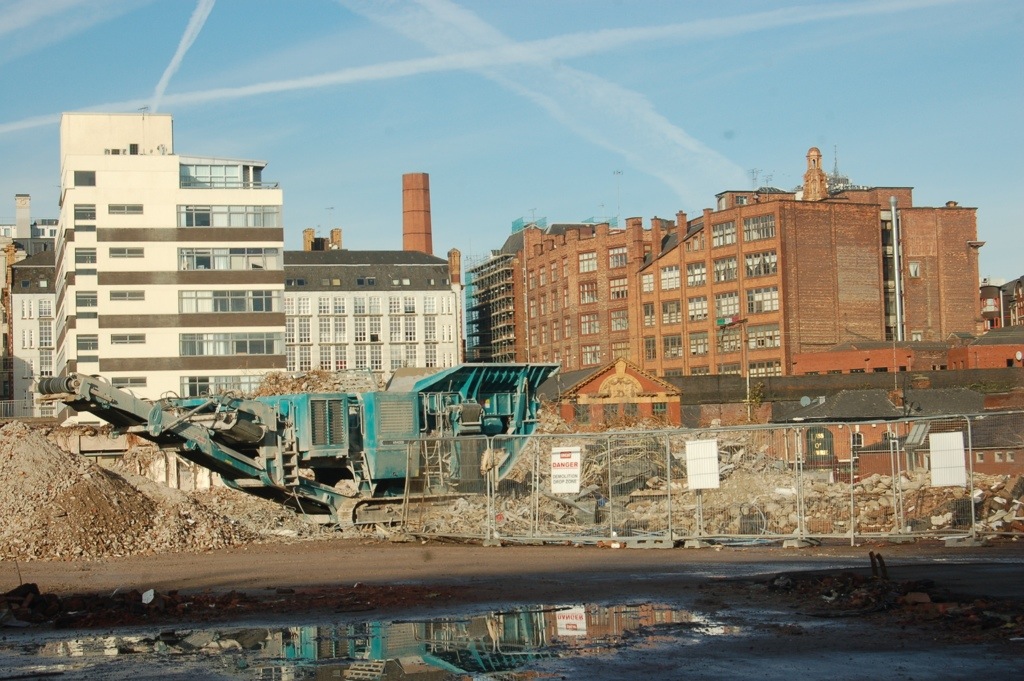 Manchester City Council’s executive committee is due to debate the future of the former BBC site along Oxford Road in its meeting tomorrow at Albert Square.

The site, currently being used as a car park, was bought by Manchester based Realty Estates Realty from the BBC for around £10m and has since demolished the old studios and submitted plans for leisure facilities, offices, residential accommodation and retail units which would include a hotel and what it termed a civic space which could be used for exhibitions.

The council want the site to support 6,000 high end jobs, implementing its vision of a corridor of knowledge running from the university to the heart of the city centre,something that appears at odds with Realty’s vision.

In the report prepared for tomorrow’s meeting, the executive committee will be told that Realty Estates disagree with the council on a number of points including the size of the retail development which the council believes should be small whilst the developers believe a medium sized store would be appropriate.

Realty also argue that this, in conjunction with the provision of student accommodation is the way forward, the council it seems is set to disagree, believing the site should first and foremost be employment led, and that a medium sized food store would compete with developments already planned at First Street, just around the corner and at the Central Retail Park.

National Lottery backs plan to save 20 species from extinction

Could artificial human life be soon grown in the lab?