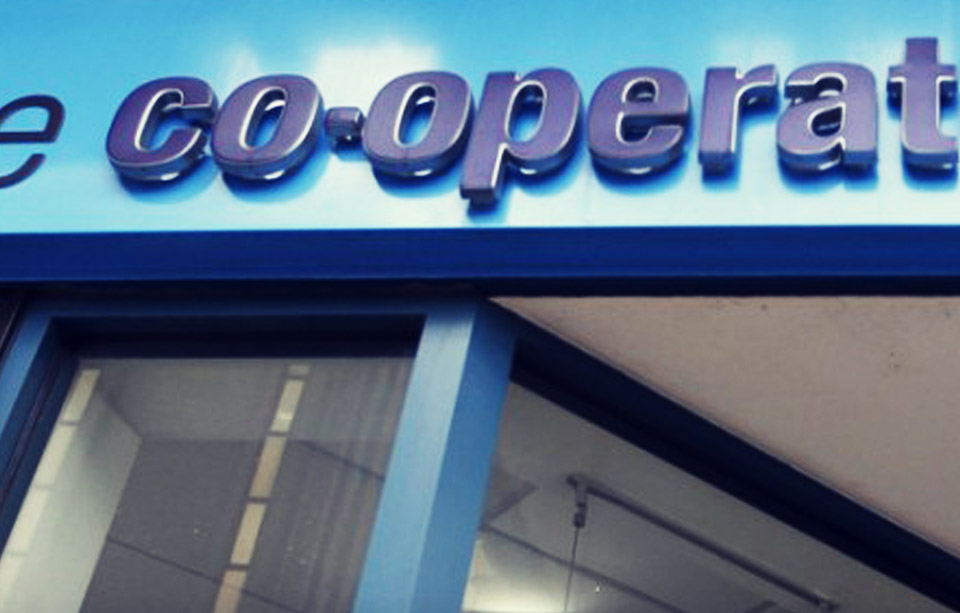 So the Great Manchester Institution that is the Cooperative has fallen into the hands of American investors?

The bank that branded itself as the ethical alternative to mainstream banking and the city’s model for the future of finance, battered after the events of 2008, has surrendered its independence.

Rebel bondholders, led by two American hedge funds, completed its cataclysmic fall from grace yesterday in the deal that confirmed the bank is now effectively seventy per cent owned by outsiders and questions whether its mutuality, its ethical stance and the jobs of its thousands of employees will continue to be assured.

Just months ago, it was the preferred contender to buy a 632 branch business carved out of Lloyds Banking Group. That deal fell apart in April and within weeks it admitted to a one and a half billion pound black hole and the need for an emergency capital injection after falling into the same trap as other banks,paying too much for a takeover of a rival bank filled with toxic assets.