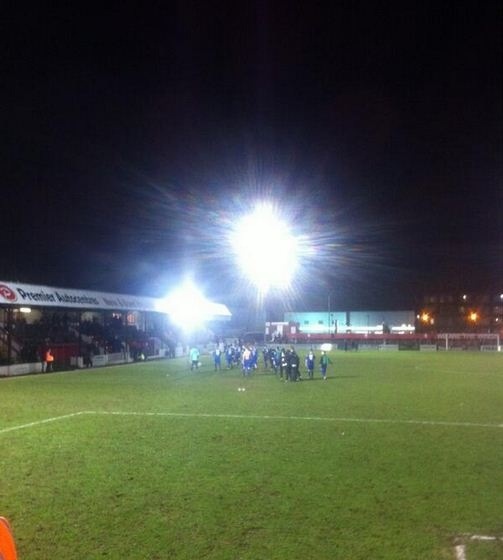 It has taken thirty league games and nearly nine months but finally bottom of the Football Conference Hyde FC have won a game.

Last night’s two nil defeat away at Welling was the Greater Manchester’s first win since the 9th April 2013.Goals from Louis Almond and Connor Hughes giving them a much needed three points having collected only four points so far this season.

There is still a long way to go though.The club are eighteen points adrift of safety, rock bottom of the league having conceded seventy two goals and with a negative goal difference of forty nine.

The win helped the Tigers avoid equalling AFC Telford United’s record of 30 Conference games without a victory.Despite an average home attendance of 644 this season, Hyde’s official twitter account has almost 30,000 followers and they have attracted support from Sky Sports’ Jeff Stelling, who has been wearing the club’s scarf whilst presenting Soccer Saturday in recent weeks.

They play their next game at home against Forest Green Rovers on Saturday when they will be looking to avenge an 8-0 hammering on the opening day of the season.We wish them good luck.

Shoppers continue to tighten their belts as Consumer spending has weakest start to the...