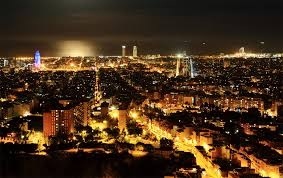 If you are escaping balmy Manchester this year, you may be interested in the news that Low cost Carrier Airline RyanAir will be opening four new routes from Manchester Airport in March 2014 as well as adding frequencies on 5 existing routes.

The four new routes will be to Barcelona, Bologna, Fuerteventura & Gran Canaria and more flights will be added to five existing routes to Dublin, Ibiza, Lanzarote, Malaga & Tenerife.

The announcement means that the carrier will soon be flying to thirty six destinations from Manchester Airport Ryanair’s Maria Macken said:

“Ryanair is pleased to deliver 4 new European routes to/from Manchester to Barcelona, Bologna, Fuerteventura and Gran Canaria, as well as increased frequencies on 5 existing routes, which will deliver over 2.1m passengers per annum and sustain over 2,100* “on-site” jobs at Manchester Airport.”

How to clear your garden of snails? Chuck them over your neighbours wall

The start of Jewish Passover in Manchester