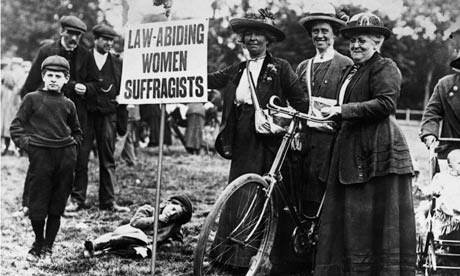 It is February 1918, and after several decades of protest and four years of bloody war Parliament is poised to grant what the suffragettes have demanded and fought for, votes for all women. After years of direct action, arrest, imprisonment and force-feeding, it seems their time has come.

Wrong ‘Un tells of the adventures of Annie Wilde, a Lancashire mill-girl galvanised by a rousing mixture of injustice, conviction, self-doubt and fear on her journey from schoolroom to prison cell and beyond in a musical drama that draws on class, privilege, hope and disappointment in wartime England.

The Musical, written by Boff Whalley and directed by Justin Audibert is on at the Lowry Theatre, on Thursday 16 and Friday 17 January.For information check out http://www.redladder.co.uk/whatson/wrong-un/

Manchester Professor urges locals to get on their bikes