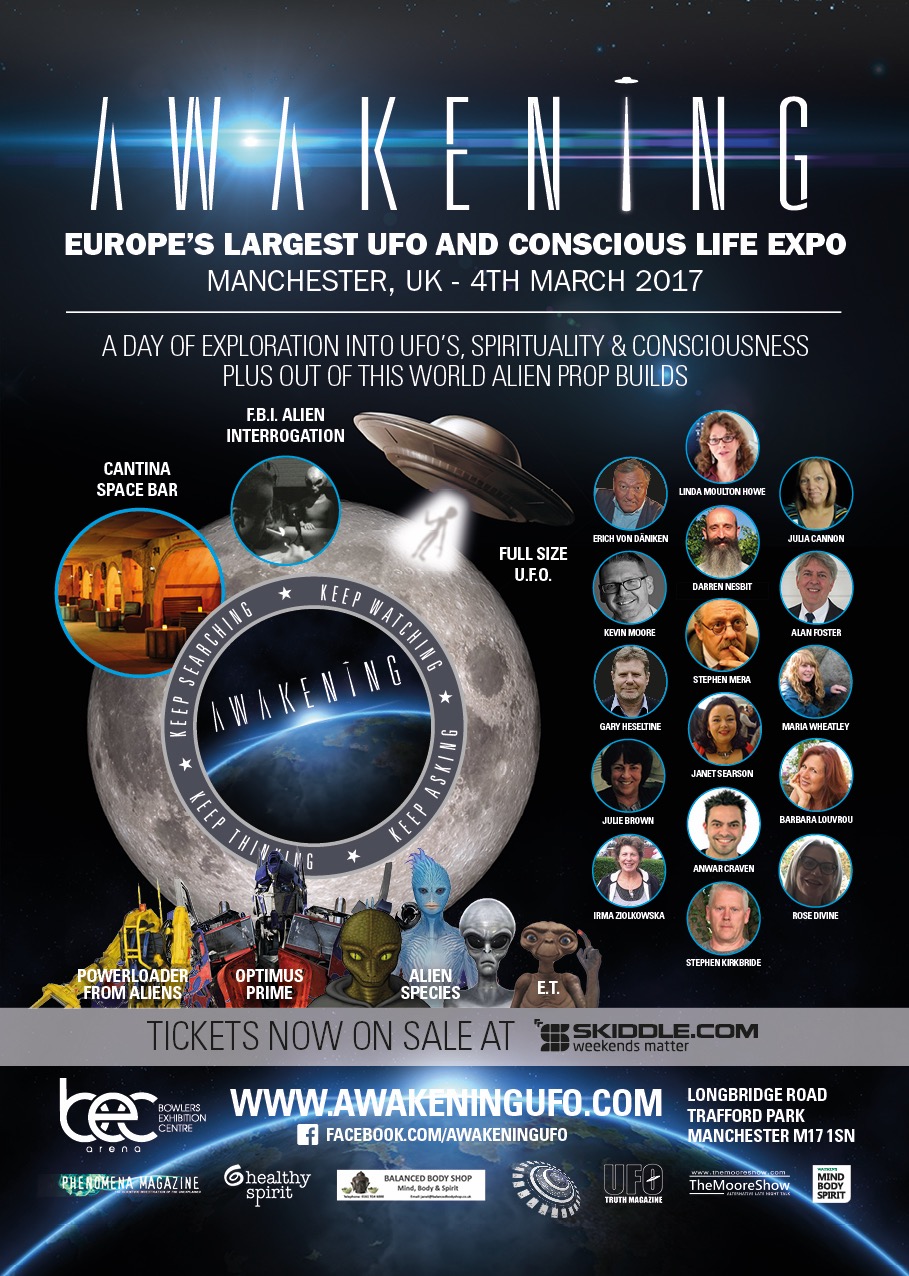 If you believe in Little Green men, then Manchester may well be the place to be at the beginning of March.

Billed as Europe’s largest UFO and conscious life Expo, Awakening features Erick Von Daniken, author of the sensational 70 million copies bestseller “Chariots Of The Gods” who will take attendees on a roller-coaster ride though his most influential discoveries and revelations since 1968 and Maria Wheatley, described as a second generation dowser who is a leading authority on the geodetic system of earth energies and published  researcher of sacred sites, esoteric design canons, druidic ceremonial enclosures and the knight’s templar.

According to their website, the people behind the event, Awakening, believe we are all infinite spiritual beings experiencing a human life and at some point in life we all reach a point where we look for answers on whats our purpose in this life.

The event, they add, is a safe meeting ground for like minded souls young and old, from all over the world to come together and celebrate their awakening. Be it spiritual or even conspiracy led.

As well as Von Daniken, there is an outstanding guest speaker panel including The legendary Erich Von Daniken the star of the Ancient Aliens TV documentary. The Emmy award winning TV Producer and reporter Linda Moulton Howe & The daughter of the wonderful Dolores Cannon, Julie Cannon flying in for this special UK event.

There are also speakers on life after death, stonehenge, crop circles, nutrition, energy work and so many more while one  of the main attractions of our event will be some spectacular prop builds, examples of which will be a life sized animatronic UFO, alien species, the Apollo moon lander scene, and an interview with an alien.

Rochdale Food and Drink Festival rolls into town this Saturday