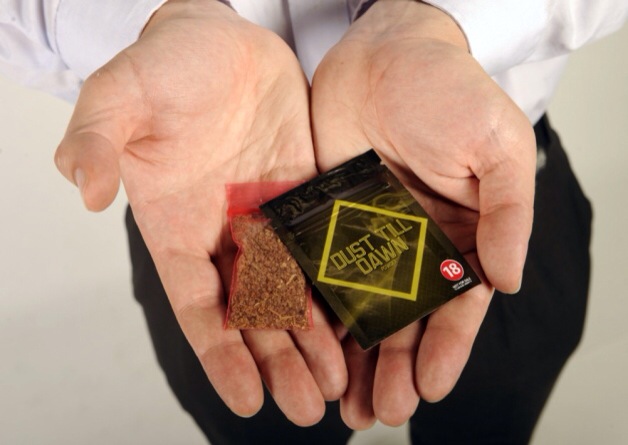 Chemists in Manchester have developed the first portable and reliable ‘legal high’ detector to instantly analyse the new range of recreational drugs appearing across the country.

Scientists at Manchester Metropolitan University (MMU) have created a hand-held sensor to rapidly detect legal highs because current drug tests do not recognise these new chemicals.

The synthetic drugs,which often masquerade under innocuous sounding names such as ‘plant food’ or ‘glass cleaner’, first appeared around five years ago. Many were initially legal before legislators outlawed them.

Dr Sutcliffe said: “It will potentially be a first-line field detection for police and other agencies. It would be able to establish, on the spot, whether a substance is an NPS instead of the time-consuming task of lab tests.”

The sensors find the unique electrochemical fingerprint of the cathinone branch of chemicals, which are similar to amphetamines. The substances first came to the public’s attention in 2010 when a derivative, mephedrone, hit the headlines after it was made illegal.

But many of the legal highs appear in new forms as their chemical structures or formulations are tweaked to circumvent current drug laws. While some of the original NPSs, now classified as controlled substances, still exist illegally.

This poses a problem for in-the-field detection as traditional drug detection techniques do not work on the new wave of legal highs.

“There are a lot of presumptive tests that the police do but they are simple colour change tests where a sample reacts with a specific chemical to produce either a positive or negative result,” added Dr Sutcliffe.

“The problem is that at the moment there are new classes of legal highs coming on to the market, but there just aren’t any specific chemical tests available for some of the compounds or they interfere with existing presumptive tests.

“These detectors are, potentially, another weapon in the arsenal and could replace colour change tests for something that’s quicker and more reliable.”

Researchers tested both pre-ban cathinone samples and seized street cathinone samples. Tests showed that even when the legal high samples were mixed with diluents, such as caffeine and benzocaine, the sensors were still able to detect the illicit cathinone derivatives at low concentrations.

Scholarship Competition by Babbel: Prize of £2,000 to Promote Diversity and Languages in the...