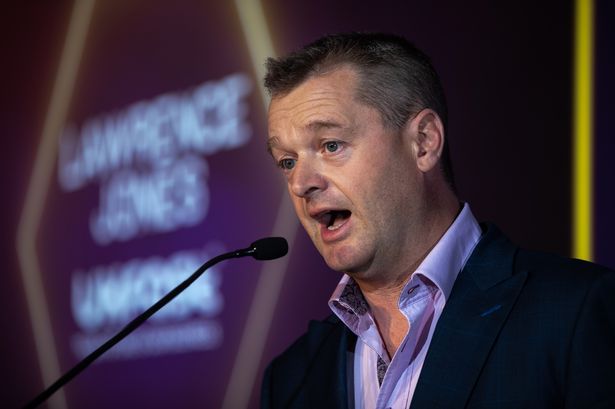 The former boss of Manchester based UK Fast Lawrence Jones has been charged with an additional count of rape.

Jones 52, of Brooks Drive, Hale, has already been charged with one count of rape and four counts of sexual assault following reports in 2019.

The offences are alleged to have taken place in 2010 and 2013 respectively in Wales, Hale, Manchester and London.

Following a further report in January 2021, Jones has been charged with an additional count of rape which is alleged to have taken place in Salford in 1993.

He will next appear at Manchester and Salford Magistrates’ Court on 21 April 2021 in connection with the recent charge of rape.

Jones will also appear at Manchester Crown Court in February 2022 for trial in connection with the original charges.

Two arrested as part of fraud at an Ashton funeral home