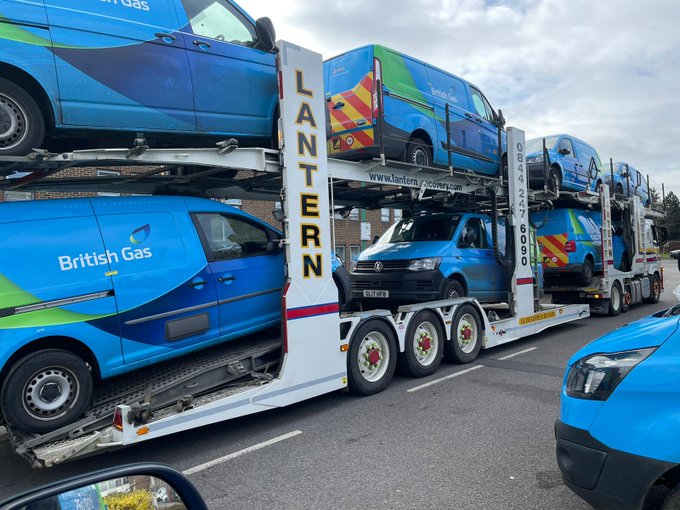 British Gas announced in July last year that staff in the Field staff bargaining group who refused to accept imposed 15% cuts in pay rates and other changes would be sacked.

The company says the GMB union, bullied the rest of the staff in the Field staff bargaining group to sign terms they had overwhelmingly rejected and still don’t accept.

These GMB members at British Gas have already taken 42 days of strike action against the imposition of the 15% cuts in pay rates and other changes via “fire and rehire” notices.

In addition, a national official “lockout” dispute between British Gas and GMB will become effective from 14 April and will include further strike action and action short of a strike.

The strikes have led to a backlog of millions of customers waiting for planned service visits and hundreds of thousands having to wait for emergency repairs.

“That British Gas doesn’t give a toss for either customers or staff is shown by the mass sackings of engineers it needs so badly for customer services that it has suspended the sale of boiler insurance cover.

“The ‘graveyards of vans’ returned by the sacked gas engineers shows this.

“These sacked gas engineers are badly needed by customers to clear the huge backlog of missed planned annual service visits and repairs.

“There is sadly nothing in law to stop corporate bullying by companies of their own staff to sign terms they don’t accept and sacking those who don’t submit to this bullying.

“But GMB members won’t accept the outcome of the bullying. This is why we are staging the 43rd day of strike action today.

“This is why this dispute will continue and become an official national lockout dispute. There will be more strikes and action short of strikes.

“The British Gas leadership disaster reaches its low point today (April 14) with mass sackings of British Gas Engineers – in the only consistently profitable part of the company – by a management team too stupid to see the true value of a uniquely skilled and loyal workforce.

“With hundreds of thousands waiting in the backlog for service, customers have been treated as collateral and so, it seems, too will staff – as Mr O’Shea prepares to go down in history as the first major CEO to mass sack his highly skilled and qualified engineers.

“They are his most valuable asset. He will be universally condemned by politicians and public alike for doing so.

“The arrogant gamble has been lost. Any fool can start a war and, it seems, ruin a good business.

“History will not be kind to Mr O’Shea or the Centrica Board who failed to rein in him and his out-of-control leadership team.”

Getting a drone for Xmas-read this advice from Manchester Airport

Radcliffe’s very own Danny Boyle to direct next Bond film