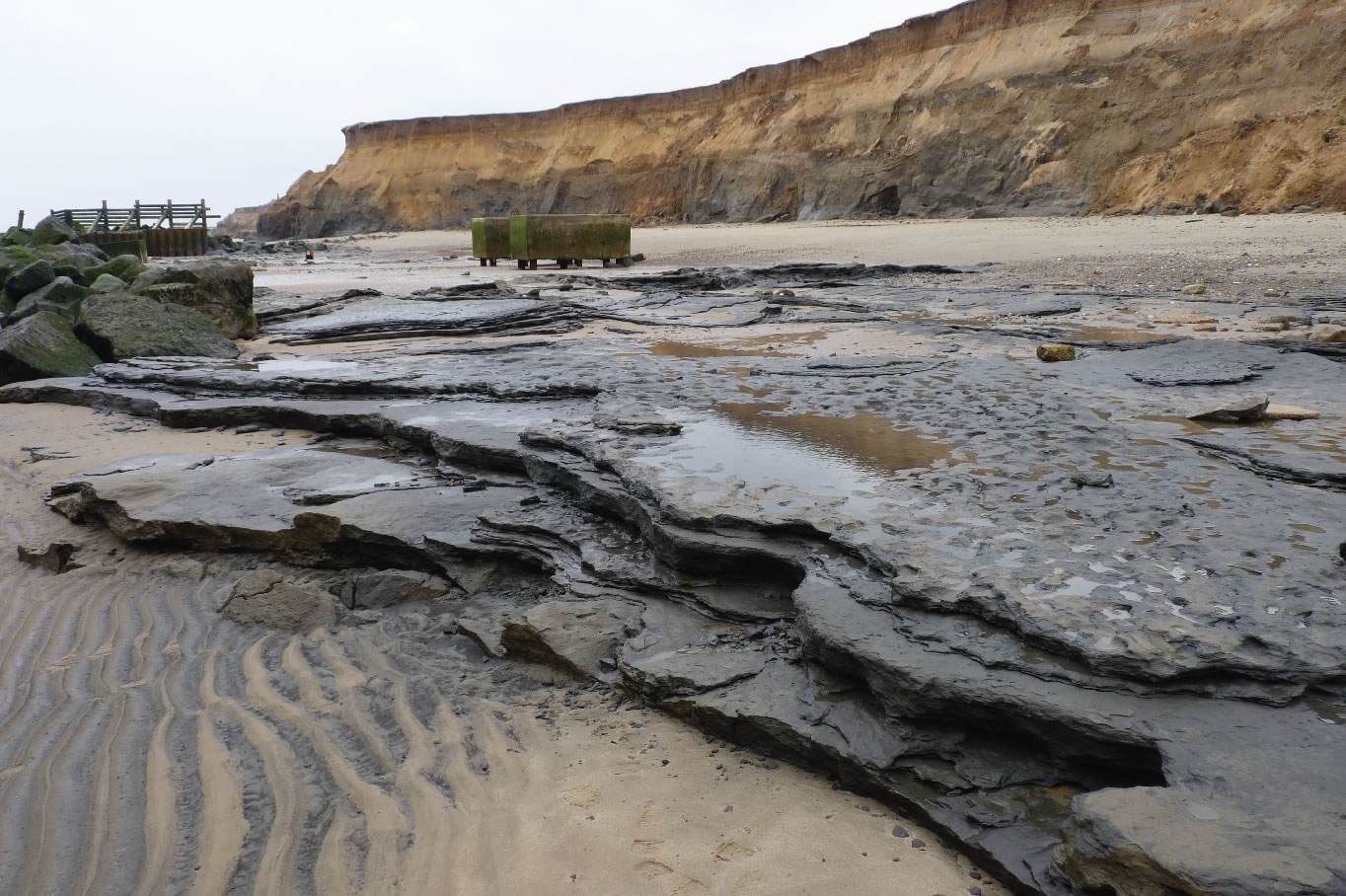 Scientists have discovered the earliest evidence of human footprints outside of Africa, on the Norfolk coast in the east of England.The cluster of muddy footprints were uncovered by a storm last year and are thought to be more than 800,000 years old

The prints, thought to have belonged to as many as five people, adults and children, were found on the shores of Happisburgh around twenty miles from Norwich and are direct evidence of the earliest known humans in northern Europe.

The prints were preserved in compacted mud from an estuary that was once many miles inland. Once exposed to the pounding waves, the researchers had to hurry to document them. They made high resolution photographic scans of the site before it was reclaimed by the North Sea.

They are thought to be belong to A robust, but tall and fully upright person called Homo ancestor or “pioneer Man.” who were thought to have become extinct as a species 600,000 years ago.

The first Neanderthals first arrived in what is now Britain around 400,000 years ago whilst modern humans came around 40,000 years ago using the land bridge that connected Britain to the rest of Europe.

The oldest human prints date from three and a half million years ago and were found in Tanzania but finding such old footprints is extremely rare.