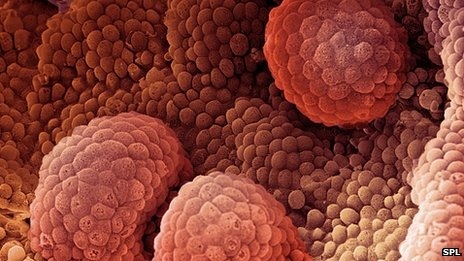 Every day 18 people die from cancer in Greater Manchester, making the death toll around 10 per cent higher than the UK average, according to the latest figures published by Cancer Research UK, part of Manchester Cancer Research Centre.

The main reason for the higher death rates is that that people in Greater Manchester are more likely to be diagnosed with cancer compared to the UK average, with rates of cancer cases also around 10 per cent higher.This is likely to be partly due to higher numbers smoking in the city, smoking rates are around seven per cent higher than the national average.Smoking causes more than eight in 10 lung cancer cases and overall two in 10 of all cancer cases.

But, the good news is, survival rates from cancer continue to improve. Even though more people are getting cancer, thanks to better treatments and earlier diagnosis more people are surviving the disease than ever before.

Allan Jordan, who is Head of Chemistry at the Drug Discovery Unit at the Cancer Research UK Manchester Institute, part of The University of Manchester, said: “It’s extremely worrying to see that you’re more likely to die from cancer if you live in Manchester compared to other parts of the country. The latest stats show that lung cancer causes the most deaths from the disease in Greater Manchester. We must do more to tackle this by helping to reduce the number of people smoking as well as improving treatments, and diagnosing the disease earlier, when treatment is most likely to be effective.”

So how do you make that tree grow faster?