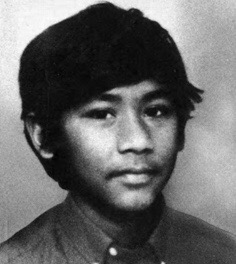 An exhibition has been launched at Manchester Central Library to reflect on the life and legacy of Ahmed Iqbal Ullah, who was murdered in the playground of a Manchester high school in 1986 after defending younger Bangladeshi boys from racist bullying.

The Ahmed Iqbal Ullah Education Trust – named in his memory – is holding the exhibition to present an oral history and documentary archive gathered by the Ahmed Iqbal Ullah Race Relations Resource Centre at The University of Manchester. The show is funded by a grant from the Heritage Lottery Fund.

The exhibits will include over 30 oral history interviews, recorded with friends and family, community members, public sector professionals and politicians, reflecting on both the impact of Ahmed’s death and some of the more positive changes that have taken place.

The organisers have also collected photographs and personal ephemera (donated by the family), newspapers, letters and objects, which will all be archived at the Race Relations Resource Centre and made available to future researchers.

The exhibition aims to provide an opportunity for the many people who remember Ahmed to reflect on his life, to ensure his memory is sustained, and to share the positive efforts made in his name in Manchester and in Bangladesh.

“While we had a major loss in our family and we will feel that loss for many years to come, we wanted something very positive to come out of it, which would allow others to lead safe and enriching lives,” said Selina Ullah, Ahmed’s sister. “We focused on Ahmed and his life and the positive contribution that he could have made, hence our emphasis on schools and education and sharing resources, to enable other people to understand the negative aspects of racism.”

“The idea that race doesn’t matter anymore is quite a strong, current one,” said Nigel De Noronha, an Asian youth movement activist and university lecturer. “I think that lots of young people feel it – it’s a bit like ‘What do class and race mean – they were things my parents bothered about.’ Maybe something about this project will enable people to engage with it in a different type of way.”

The exhibition will be on display at Manchester Central Library until the end of 2016.

Why have we not found aliens? They are all dead says Brian Cox

Rosie’s coming back to the cobbles