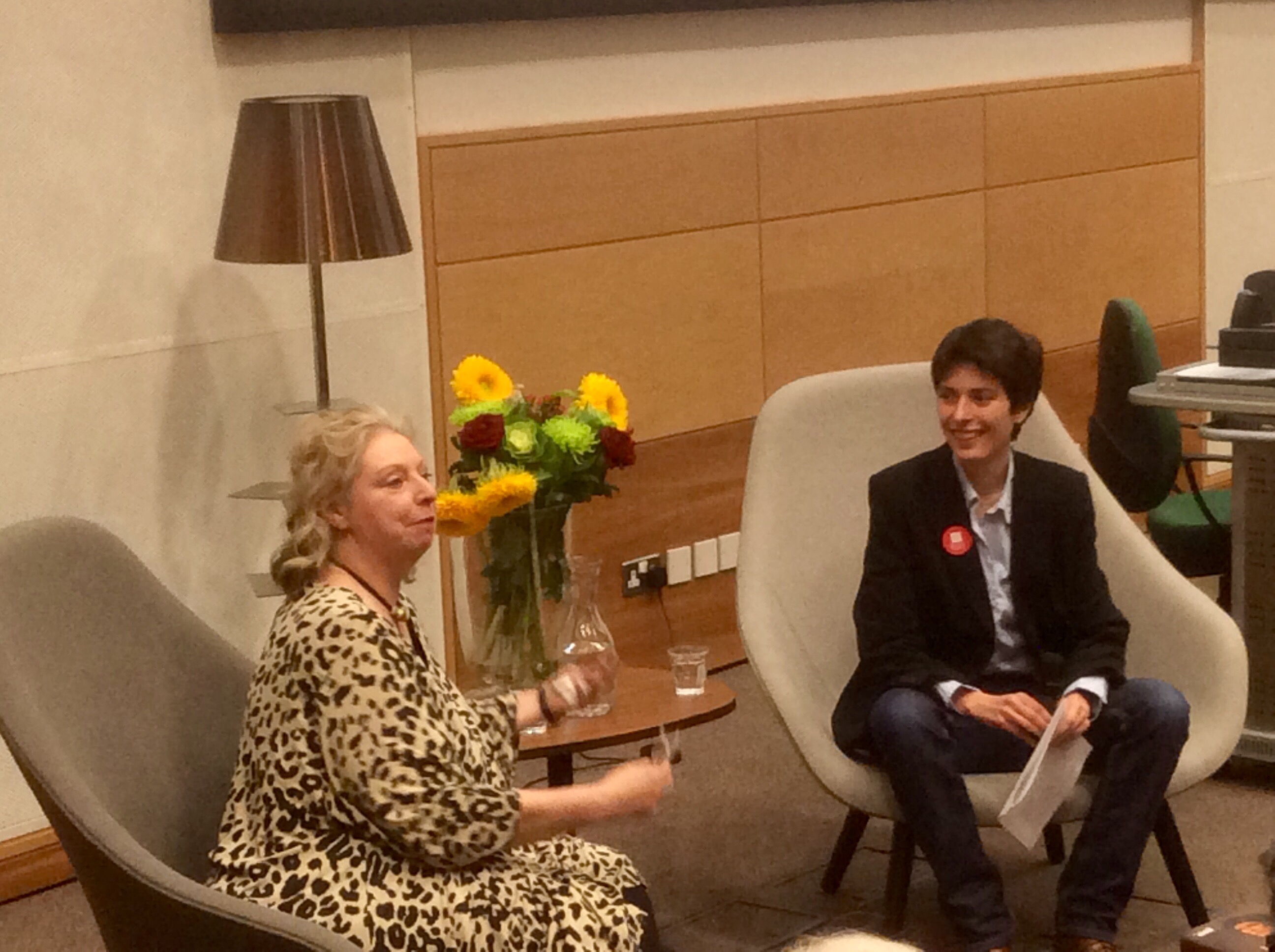 With the story of the rise of Thomas Cromwell and dreams of Margaret Thatchers early death, the author Hilary Mantel has captured the imagination of the current generation of literary critique.
To a packed audience at Manchester Metropolitan University Dame Hilary gave a great insight into the life of a writer in the 21st century.
For those who have come to her novels recently, Mantel’s work goes back twenty five years, Wolf Hall was her tenth novel, published twenty years after her first, Every Day is Mother’s Day, while amongst the others that should be read are Fludd, set in the 1950’s in a town not so far from Manchester and inspired in some way of her childhood memories growing up in Glossop.

Beyond Black which took us into the Gothic horror of London, the Giant O’ Brian , the story of 18th century Irish labourers who have been erased from the record. and A place of safety set during the French Revolution, in its day seen by some as the best of historical novels, and which would lead her into her Cromwellian Trilogy.
Talking to the audience, Mantel maintained that writing fiction creates an imaginary space in which you invite the reader says Mantel, in particular for the historical fiction writer, where the facts run out and the imagination runs the story ahead.
Of course it is the Tudor stories that have propelled her to fame.Mantel believes her writing of the third in the trilogy which deals with the continued rise of Cromwell and his ultimate downfall is unprecedented.

She was writing the book in the evening while the first two were being adapted to the stage.Certain scenes, often between Cromwell and the King, she says were so engaged that you would almost think that the story would come out differently.
The experience., she maintains, made her able to feed information to the actors that had arrived in her imagination that very day, bringing those people back to life.
Of course there were two very different interpretations of the Cromwell character, on stage and on the small screen,

“Cromwell is a complex character, there are gaps in his life, for eight years, England history crossed his path and it is well documented but his early years are almost unknown”
It presented an opportunity both to Mantel and to the actors, Mark Rylance and Ben Miles and gave latitude to the character and she believes that some insights into the character which had not explored before may be included in the book.
Mantel tells how she has continued to learn and discover more about Thomas Cromwell’s character and this will be explored in the final book believing that popular history has dealt him an injustice and hopes that the book will in a way put right that injustice.

Mantel was also questioned on the subject of feminism, being quoted from a Radio 4 Women’s hour programme that feminism is a great idea but it has never been tried.
” whenever in history the man is putting on the crown and pushing his point of view to the front, ask yourself where are the other players in the story, the women and the servants”
With her recent success has of course come the fame and Mantel tells the story of a neighbour pointing across the road at her and shouting “there is the writer”. But as she concludes, it is not a bad life “I spend myself talking to the dead and get money for it”

Stepping up: Manchester mum recognised for bravery when saving woman from domestic abuse