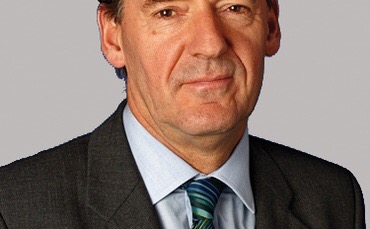 The independent body established by George Osborne to represent the voice of major business and civic leaders across the North, today welcomes Lord Jim O’Neill, former Commercial Secretary to the Treasury, and John Cridland CBE, former Director General of the CBI and current Chair of Transport for the North (TfN) to its Board.
Lord Jim O’Neill will bring a wealth of knowledge relating to the Northern Powerhouse and was Chair of the RSA City Growth Commission report ‘Unleashing Metro Growth’ which has proved so influential in shaping the Northern Powerhouse concept to date. He has a long track record of tackling many of the issues affecting the Northern economy. Similarly, John Cridland has been instrumental in much of the thinking behind the Northern Powerhouse, particularly in relation to the region’s transport infrastructure.

They join a host of senior business and civic leaders from across the North already on the Board, with the group meeting for the first time today in Sheffield. Sir Richard Leese, Leader of Manchester City Council, Joe Anderson OBE, Mayor of Liverpool, and Julie Dore, Leader of Sheffield City Council all sit on the Board and the businesses represented include Manchester Airports Group (MAG), Mace, Barclays, Associated British Ports, Siemens, HSBC, EY, Addleshaw Goddard, Bruntwood and Arcadis.

In October, the NPP began a series of roundtable ‘evidence gathering’ events with a meeting in Manchester and next week the second of these will occur in Newcastle. The roundtables are led by the Chair of the Northern Powerhouse Partnership, the Rt Hon George Osborne MP and will help to start develop consensus amongst prominent business and public sector organisations on the issues and priorities that will enable the NPP to drive transformational change throughout the Northern economy.

Representatives from the Board companies will be in attendance at all of the roundtables, with additional events scheduled to occur in 2016 in Leeds, Sheffield and Liverpool, with further engagement planned across the North in 2017.

The Rt Hon George Osborne MP, said: “Today is a milestone in the creation of our Northern Powerhouse Partnership. Our first board meeting, here in Sheffield, brings together some of the north’s biggest employers and civic leaders to see how we can work together to create a powerhouse.

“I am delighted that Jim O’Neill and John Cridland are also joining the board and getting involved in the Northern Powerhouse Partnership. They are both hugely regarded figures across the North and two of the brightest and the best when it comes to thinking proactively about how to drive transformational change for the region.I have been overwhelmed by the enthusiastic response that the NPP has received since it was launched in September.

“In the past few months we’ve made more progress than I could have possibly hoped for and between now and Christmas I look forward to attending the roundtable events in Newcastle, Sheffield, Leeds and Liverpool where I will hear more ideas about the big issues and priorities that the NPP should be focussed on.”

“Long-term collaboration between key partners across the North, and with Government and national agencies, will be essential if our joint ambitions are to be realised and the NPP could prove to be fundamental in delivering this.”

How your daily commute could be harming your health