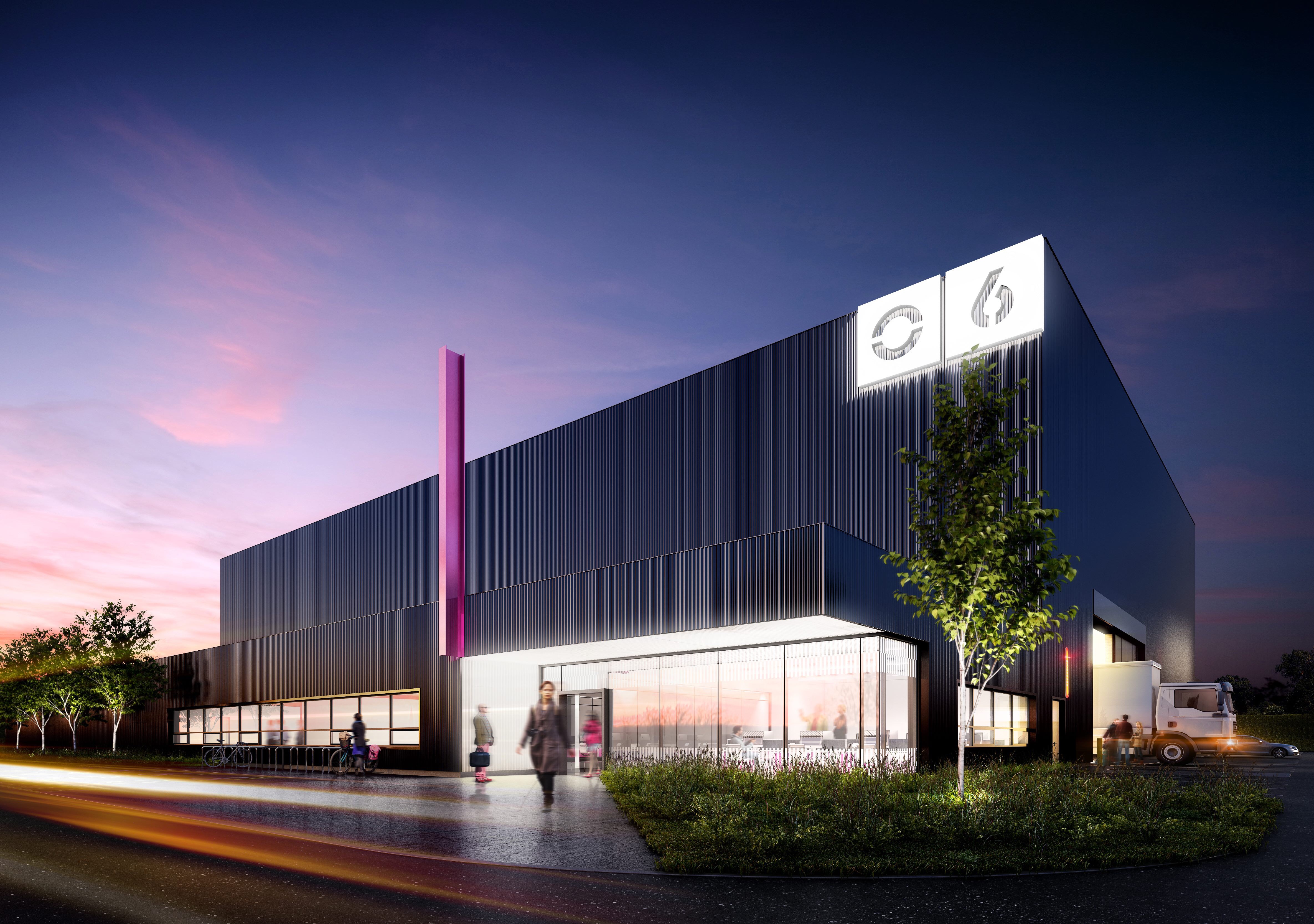 Planning permission has been granted by Manchester City Council for a £14m expansion of The Space Project, West Gorton, east Manchester, seeing the TV and film production hub double in size, creating 275 jobs and boosting the local economy by nearly £10million a year.

Across the 6.8 hectare (17 acre) site, more than 90,000 sq ft of new buildings will be built for TV and film production and related support activities including a 30,000 sq ft stage. This acoustically treated single storey building with air cooling and heating will have vehicle access from each end through its 6m x 6m stage doors and offer purpose built dressing rooms, wardrobe and make up, a fully furnished green room, extensive wi- fi, furnished production offices, a kitchen, laundry and showers.

Also included on site will be more than 6,000 sq ft of offices and green rooms, 10,000 sq ft for set construction workshops – equipped with water and power and vehicle access via roller shutters – and a further 40,000 sq ft of business units to rent for companies who supply to the TV production industry.

During excavations of the site it was discovered that during the industrial revolution in the 19th century, this was the site of the iron works, where 1,000 people were employed. Two of these employees, William Beastow and Thomas Goudbehere, formed a football team from fellow foundry workers, and in 1880 West Gorton FC played its first game. This team then became Manchester City Football Club.

Susan Woodward, Founder of The Space Project, said: “We are developing a further 3.5 hectares of land, literally on top of physical assets that drove the industrial revolution. It is fitting that we are building the next wave of Manchester’s industrial revolution, digital content, on a site that played such an important part in its industrial heritage. Although they are very different industries they are driven by the same ambitions – to be the best and provide new jobs and career opportunities for local people.”

Sir Richard Leese, Leader of Manchester City Council said: “The expansion of The Space Project will satisfy the nationally recognised demand for TV and film production stages as well as support space for the supply chain businesses, which will help grow the sector and allow Manchester to further develop its already prominent position within the UK for media production.”

Construction work is due to start on site in January, with completion expected to be in October 2017.

Adrian Bleasdale has been appointed to the newly created post of CEO for Manchester Creative Digital Assets, which includes The Space Project. Currently Special Projects Director at ITV Studios, he starts his new role in January 2017.

Manchester-based PRP, who designed The Sharp Project and The Space Project, has been appointed as architects on this new scheme.