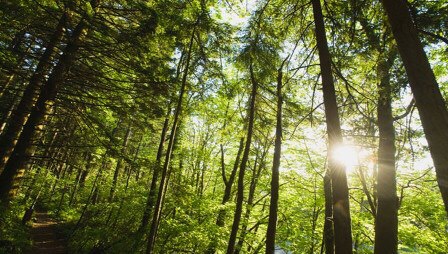 The award, now celebrating its 20th year, recognises and rewards the best parks and green spaces across the country. A Green Flag Community Award flying overhead is a sign to the public that the space boasts the highest possible standards, is beautifully maintained and has excellent commitment and involvement from the community.

Etherow Lodge Park is a well-loved space frequented by families, dog-walkers and people wanting to enjoy its natural beauty. It is owned and managed by Tameside Council but the Friends of Etherow Park look after its maintenance. They have attracted many grants which have been used to encourage more people to get involved and improve the quality of the space.

Cllr Allison Gwynne, Tameside Council’s executive member with responsibility for parks, said: “We are absolutely delighted that the Friends of Etherow Lodge have received a Green Flag Community Award for the fourth time from Keep Britain Tidy.

“This award recognises and highlights that people in Hollingworth are benefiting from a green space of the very highest quality.

“Tameside Council and the friends group have co-operated over recent years to make Etherow Lodge Park a welcoming natural green space for the whole community. It’s a great example of how the council and the community can work together.”

The Friends of Etherow Lodge Park added: “We are delighted to receive the Green Flag Community Award. It’s a great reward for all the hard work volunteers have put in over the years.

“We have more exciting plans for the park in the future and are always looking for more people. If you would like to get involved contact us through our website www.etherowlodgepark.co.uk”

“All the flags flying this year are testament to the efforts of the thousands of men and women, both staff and volunteers, who work tirelessly to maintain the high standards demanded by the Green Flag Award.”