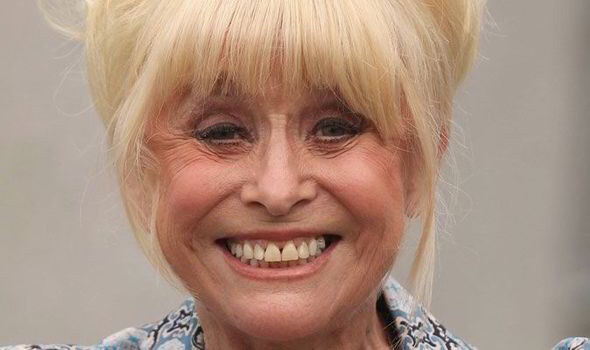 Showbiz royalty Dame Barbara Windsor will be the guest of honour at the 2016 Blackpool Illuminations Switch-On ceremony.
The queen of British soaps and star of dozens of films and on-stage shows will pull the famous switch as part of a spectacular finale to the Switch-On party on Friday 2 September, led by Ashley Banjo, and dance group Diversity, who are creating a very special, bespoke Illumination performance.

Dame Barbara Windsor said: “Some people say ‘we want this, we want that’ and I say ‘oh, I’d love to switch on the Lights in Blackpool’. I just feel a great love for it and I’m so, so thrilled to be doing it, I cannot tell you, I’m just over the moon”.

For Dame Barbara the event marks an emotional return to the town to which she was evacuated during the war and where she subsequently returned to star in two summer season shows at the North Pier Theatre and the Grand Theatre.

Dame Barbara said: “It was such a time in my life, when I was evacuated there. When we got bombed out, I went from the East End to Blackpool and the family I stayed with were the people who sent me to dancing school, to keep me off the streets.

“The two seasons I went there I was thrilled to go back. We had a wonderful time and we did very well. I loved the one with Bernard Bresslaw and with Jack Smethurst and it hadn’t changed. So that’s always been part of me – part of my heart Blackpool”.
Coincidentally, she follows in the footsteps of last year’s Switch-On celebrity, Hollywood film director Tim Burton, who cast her in the role as voice of The Dormouse in his 3D feature film and box office hit of “Alice in Wonderland” and more recently the sequel “Through the Looking Glass reprising her role.

Dame Barbara, who played out her dramatic final scenes in Eastenders just a few weeks ago, will be joined on stage at the Switch On finale by Ashley, members of Diversity and stars of the Nickelodeon SLIMEFEST event which takes place over weekend and features the likes of Alesha Dixon, Conor Maynard and Aston Merrygold of chart-topping band JLS.

Cllr Gillian Campbell, Deputy Leader of Blackpool Council said: “Dame Barbara is one of the biggest and most enduring personalities in show business and we are delighted she is coming back to the home of entertainment to switch on the Illuminations.Like so many British people she has an emotional connection with Blackpool as a place that creates memories that last a lifetime.

“We now have a switch on party like never before – with a showbiz legend, the creative genius of Ashley Banjo, guest appearances by stars of SLIMEFEST and a fantastic programme of musical entertainment for all ages.”

The Friday night celebration will start with a “Blackpool Introduces” showcase featuring the best of talent from local venues including Verity Kinnon, James Edgar and Axi Wild, prior to the start of the main show. The line-up will also include Blackpool’s own Stacey McClean, formerly of spin-off band S Club 8 and special sets by Club MTV.

The SLIMEFEST concerts at the Empress Ballroom are part of the Blackpool Illuminations Switch-On Weekend. In addition to the two ticketed identical live shows, SLIMEFEST also features a free outdoor experience including character appearances and family activities on the Tower Festival Headland on both Saturday, 3rd and Sunday, 4th September.

Greenpeace campaigners call on local MP to save the Peak District National Park from...