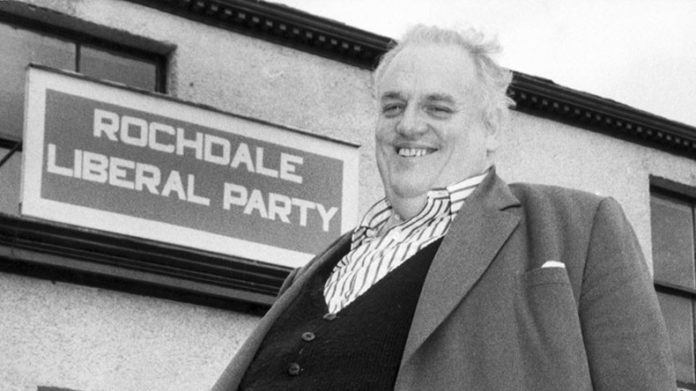 Former Rochdale Liberal MP Cyril Smith was protected from prosecution in a number of ways including by the police, the director of public prosecutions and political parties.

These are among the findings of the long-awaited report by the independent inquiry into child sexual abuse which has has concluded that Political institutions have significantly failed in their responses to allegations of child sexual abuse for decades.

This includes failing to recognise abuse, turning a blind eye to it, covering up allegations and actively protecting high-profile offenders, including politicians.

During three weeks of public hearings last year, the Inquiry heard from survivors, whistleblowers, cabinet ministers, MPs and police officers among others.

There has clearly been a significant problem with deference towards people of public prominence, from the Whips’ offices to the police and prosecutors, although the investigation found no evidence of an organised paedophile network at the heart of government.

For example, in the 1970s and 1980s, MPs including Sir Cyril Smith, the former MP for Rochdale and Sir Peter Morrison were known to be active in their sexual interest in children, but were protected from prosecution.

The inquiry is highly critical of the former Liberal leader David Steel for failing to investigate allegations against Smith, whom he recommended for a knighthood without “confronting him to ask if he was still committing offences against boys”.

The report says: “Lord Steel should have provided leadership. Instead, he abdicated his responsibility. He looked at Cyril Smith not through the lens of child protection but through the lens of political expediency … When attending the inquiry, far from recognising the consequences of his inaction, Lord Steel was completely unrepentant.”

Meanwhile, senior officials within the Conservative party knew about allegations concerning Morrison for years but did not pass them on to police. Instead, he became Margaret Thatcher’s Parliamentary Private Secretary in 1990 and was knighted a year later.

Victor Montagu, the former MP for South Dorset and 10th Earl of Sandwich, was let off with a caution after a 10-year-old boy alleged he had indecently assaulted him. Montagu’s son Robert, who he also sexually abused for over five years, said the decision not to prosecute was “entirely wrong and very indicative of the attitude towards people in public positions”.

The report concludes that these are examples of a political culture which values its reputation far higher than the fate of the children involved.

The Inquiry also investigated the Paedophile Information Exchange (PIE), which campaigned in the 1970s to lower the age of consent, as well as public acceptance of paedophilia.

A number of its members sexually abused children, including Sir Peter Hayman, a former High Commissioner to Canada. The report concludes that PIE was given foolish and misguided support for several years by organisations who should have known better, such as the National Council for Civil Liberties and the Albany Trust.

The report makes five recommendations, including ensuring all political parties have comprehensive safeguarding policies and procedures. It also calls on the Cabinet Office to re-examine its policy on the posthumous forfeiture of honours.

“It is clear to see that Westminster institutions have repeatedly failed to deal with allegations of child sexual abuse, from turning a blind eye to actively shielding abusers.

“A consistent pattern emerged of failures to put the welfare of children above political status although we found no evidence of an organised network of paedophiles within government.

“We hope this report and its recommendations will lead political institutions to prioritise the needs and safety of vulnerable children.”

Is it the end for Bury?