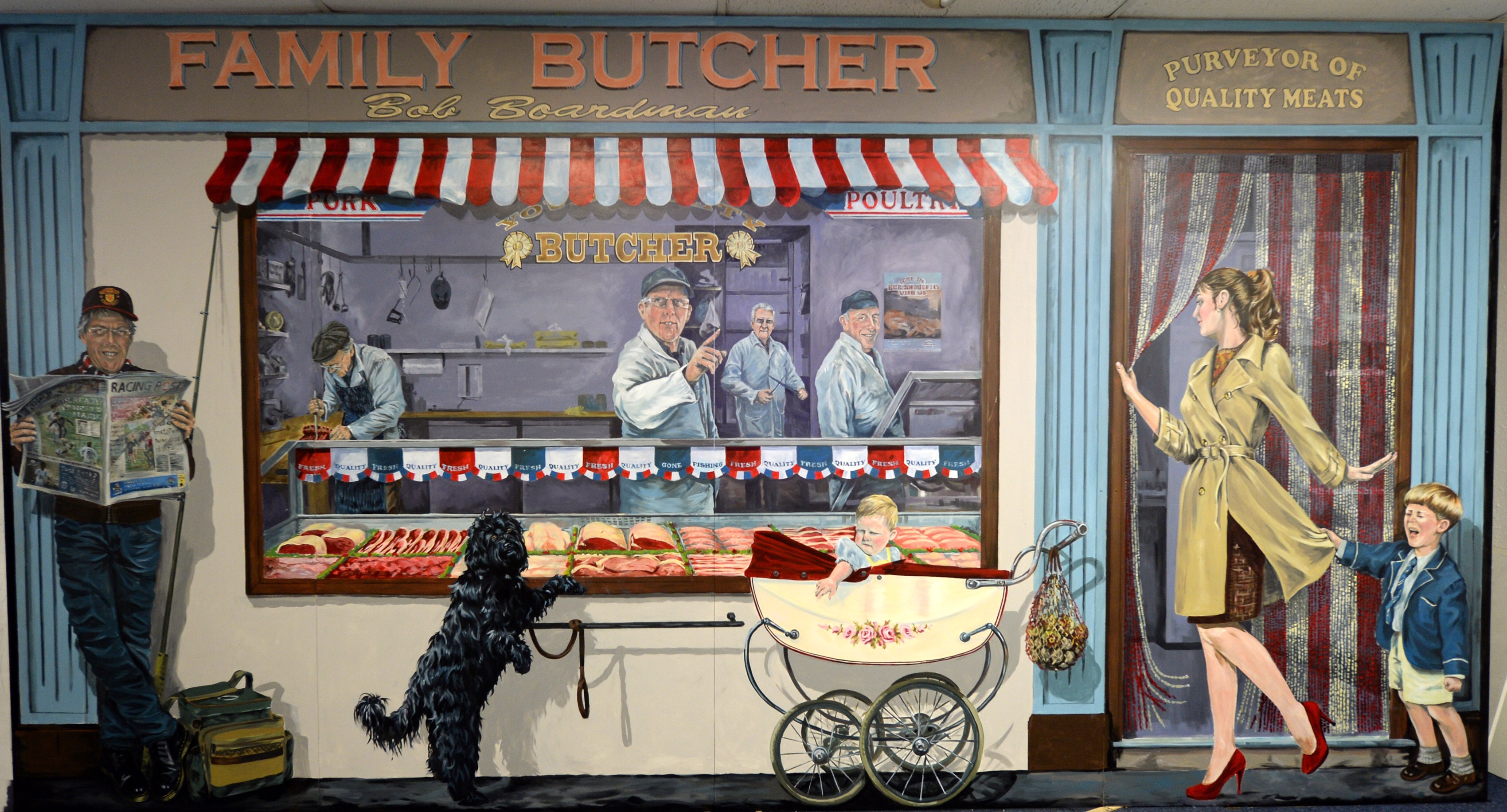 Eye-catching urban art was unveiled in Cadishead on Friday after months of painstaking preparation.

‘Bob the Butcher’ is the third major artwork installation in Irlam and Cadishead and was launched at the Hamilton Davies Trust Art Centre, near the location of the art.

The event was attended by around 80 local stakeholders, including residents and businesses eager to view the artwork, along with Bob’s family.

The artwork tells the story of Bob Boardman, an inspiring local butcher who knew each of his customers by name and counted most as his friend.

Unfortunately Bob passed away in August 2015 and the visually engaging urban art has been produced in his memory by local artist Rachelle Cleary.

Bob embodied the spirit of a community that many of us remember from childhood, when local shops thrived and customers were familiar faces, not just reflections of footfall or sales statistics.

The artwork, on the corner of Liverpool Road and Fir Street in Cadishead, is near the shop Bob once ran.

It depicts him at work as well as pursuing his favourite hobbies of fishing and having a flutter on the horses. He is also wearing a Manchester United cap, illustrating his lifelong love affair with the Red Devils.

Bob’s niece Eve Bell commented: “Uncle Rob up was the kindest and most generous man. He was so loved in Cadishead because he had time for everyone. He didn’t run his butcher’s shop for money, he ran it for the community he loved.”

John Boardman, Bob’s Brother was delighted with the artwork and said “Absolutely fantastic, dead proud of it. It’s fetched Rob back to life. A lasting memory.”

Bob the Butcher is part of Hamilton Davies Trust’s I C Art programme, which is creating urban art to enrich and enliven Irlam and Cadishead. As well as making the urban environment more attractive, the artwork reflects compelling narratives of individuals and events behind the community.