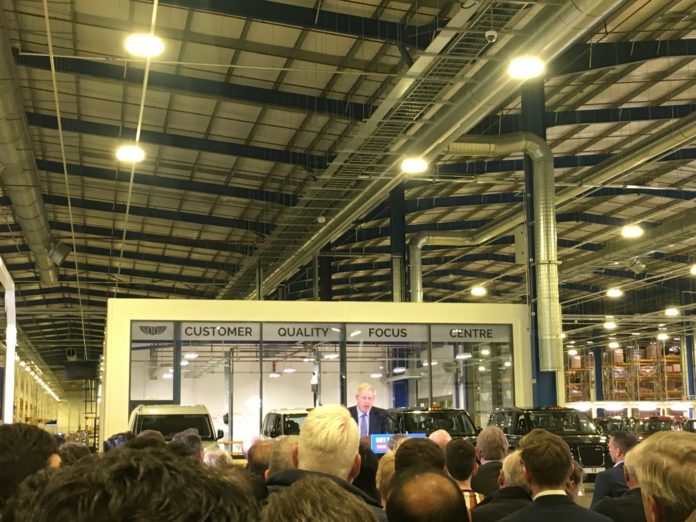 Boris Johnson set out his vision for a post-Brexit Britain, saying his goal was to unite the country and “level up” economic performance by boosting the regions.

In his first major election speech delivered in a factory in Coventry
He said the UK must be at the heart of the world’s “green revolution”, harnessing the power of science, innovation and technology to tackle climate change and create high-skilled, high wage jobs.

Brexit though was clearly on the agenda

“One thing is clear: the Sturgeon-Corbyn alliance would consign this country to months if not years of dither, delay, discord and division, when every month of pointless delay – insisted on by Corbyn – is costing this country a billion pounds for nothing

He told the audience that it was the mission of this one nation conservative government to unite and level up across the UK, ensuring that everyone has safer streets, lifting up funding for every school in the country and supplying massive investments in health

Our ambition is to unlock the whole nation’s potential through infrastructure, education and technology.

We will invest more to support electric vehicle technology and we will double funding for research and development in the next parliament – the biggest ever increase in support for R&D.

“The last three months we have a parliament where there is no majority to take forward people’s priorities. A paralyzed parliament that simply refuses -time & again – to honour the mandate of the people & to deliver brexit & that is why we need this election now”

Unearth the Great Investment Opportunity of 2022 for the Ambitious Youth with Yuan Pay...