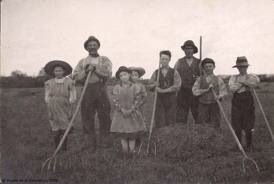 At the annual meeting of engineers J Hetherington and Sons held in Manchester, the chairman spoke of the effects of war on industry saying that the company could do nothing at all with the continent and that it was advisable for them to husband their resources and would be suspending delivery until they were assured of payment.

It was announced that the work of equipping the municipal secondary school in Whitworth Street as a hospital was nearing completion and that the municipal training college in Princess street would be taken over for Red Cross work.

The news from the front was drying up. There twas speculation about the whereabouts of the German Kaiser, he had reportedly gone to Mainz further removed from the great battle that was expected.

German troops were said to be advancing on Brussels as French troops moved east into Alsace.

Back in Manchester, a railway worker from Newton Heath was crushed to death trapped between a wagon and a wall at London road station and it was reported that students throughout the region were volunteering to help with the harvest in Cheshire.

Help to clear the Bollin valley of invading plants