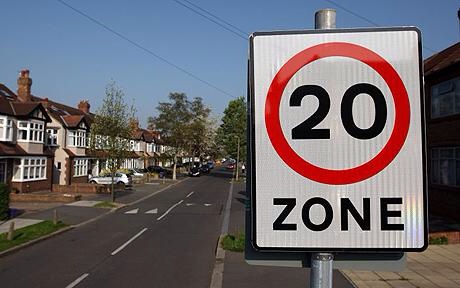 As roads in parts of Manchester begin from this morning to be twenty mile an hour zones, a new report suggests that the city’s drivers may take some time to get used to it.

Research from Cooperative insist range, conducted in the past couple of weeks, shows that more than one in ten (12%) Manchester drivers exceeds the speed limit at least once a week.

·Perhaps supporting the decision to reduce speed limits to 20mph in the region, 30% of Manchester drivers admit to speeding in a 30mph zone, whilst they are half as likely to do so in areas restricted to 20mph (15%)

And for drivers in Manchester the most common reasons for exceeding the speed limit are due to the legal speed feeling too slow (29%) and there being few other cars on the road (29%). Being late for work (27%) was another key trigger for speeding.

The new twenty mile per zone come into force this morning after a concerted campaign by local councillors over the past few years and coincides with their rapid expansion in use across the country.

The zones will be concentrated in three areas initially. Hulme, Moss Side and Rusholme, Ancoats, Clayton, Miles Platting and Newton Heath, and Longsight, Gorton and Bradford.

In all one thousand, one hundred streets will be covered.

While The Department for Transport’s current guidance encourages and supports Local Authorities to implement 20 mph limits and zones in situations where there is a particular risk to vulnerable road users, there is no conclusive evidence that they do in fact decrease casualties.

They are also doubts about whether police will be able to enforce the new restrictions.

However they do highlight the contribution in encouraging more physical activity, such as walking and cycling, by contributing towards a safer environment.

The money spent on the schemes can also greatly improve the character of a residential area and quality of life of the residents.

The project has cost the city council half a million pounds

Research conducted by 72 Point on behalf of The Co-operative Insurance amongst 2000 UK drivers in August 2014.

Manchester Commuters are asked where do you stand