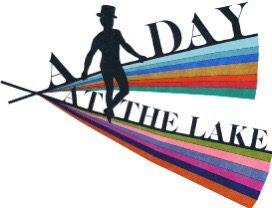 For one weekend only, Rudyard Lake on the Cheshire – Staffordshire border will be reimagined as it was in the late 1800s as an excursion place for thousands of day trippers who were taken out of their day to day lives by watching spectacular feats and outdoor arts of the age.
Organised by Wild Rumpus, producers of the award-winning Just So Festival the event, just an hour from Manchester, takes place this weekend and will be spellbinding outdoor arts and performance.

A series of spectaculars on the lake will include a recreation of Carlos Trower, “The African Blondin’s” daring tightrope walk by Chris Bull, high-wire walker otherwise known as ‘Bullzini’ of the Bullzini Family. On a floating stage on the lake will be showstopping performances from “the finest purveyors of Circus Swing” Gabby Young & Other Animals, the City of Birmingham Symphony Orchestra Ensemble and glorious vintage dry land synchronised swimming routines from Yorkshire Life Aquatic.

Accompanying events on the shore will include walkabout performance, storytelling and marching bands.

Don’t miss the Victorian Bather’s Juggling Show and other circus sideshows plus Mesmerising Mermaids who have emerged from the depths of Rudyard Lake and who will be joined by their fish-juggling, shanty singing sailors. Take in great views from the Helter Skelter and Swing Boats on the Dam Head, rowing boats and boat trips on the lake and donkey and steam train rides along the shore. Snap up exceptional craft and vintage finds from the Treacle Market, enjoy street food and local ales.

Rudyard Lake is a Staffordshire beauty spot with an amazing past as one of the early examples of mass tourism in the UK. Known as “the Blackpool of the Potteries” the two and a half mile long lake is situated near Leek on the Staffordshire-Cheshire border.

Designed by engineer John Rennie, work started in 1797 with completion 3 years later to supply water for the expanding canal system, a vital artery for the industrial revolution. It still supplies this water today under the management of The Canal & River Trust.

The arrival of the North Staffordshire Railway in 1849 and excursion trains from Manchester and the Potteries led to it becoming one of the most popular tourist destinations of the time.

Up to 20, 000 people a day would visit to watch cutting edge spectacles and incredible feats including Captain Webb who hosted a “Grand Aquatic Fete” in 1877 to demonstrate his prowess in being the first person to swim the channel and Carlos Trower, “The African Blondin” a celebrated tightrope walker who walked across the lake a hundred feet above the water in 1864 and 1878, drawing huge crowds 30 years after the abolition of slavery in the UK. Visitors to the lake included John Lockwood Kipling and Alice Macdonald who named their son Rudyard Kipling after the beauty spot where they first met.

Sarah Bird and Rowan Hoban, Directors of Wild Rumpus say “from the first time we saw Rudyard Lake and heard the glorious stories that surround it we became enraptured with the idea of recreating some of those magical spectacular events that used to take place here. We hope that the audience get as swept up in the experience and the romance of the Lake as we have been”.

A Day At The Lake