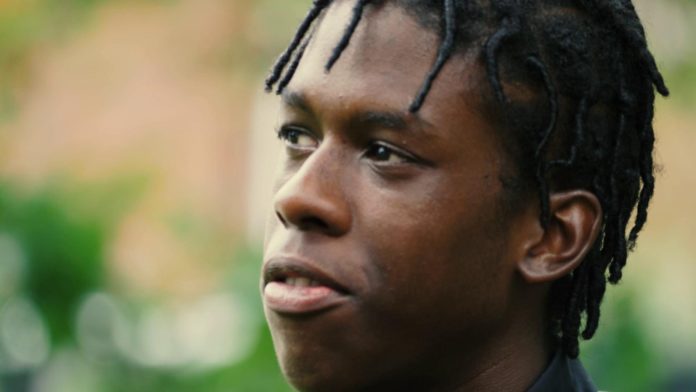 One of the region’s fastest rising poetry stars Isaiah Hull will be taking up residency in Longsight this spring/summer as part of a new project called ‘Re-writing Longsight’ produced by Manchester Literature Festival, a co-commission with Manchester City Council Libraries. Isaiah will be working alongside the project’s first writer in resident, Hafsah Aneela Bashir.

Isaiah will involve local residents in the creation of specially commissioned poetry capturing the vibrancy and complexities of urban life. Longsight Library will help host his residency as part of its Creative Spaces initiative, which celebrates Manchester Libraries as places to enjoy arts and culture. Isaiah’s and Hafsah’s newly commissioned work will be premiered at Longsight Library as part of Manchester Literature Festival in October 2019.

Isaiah Hull’s debut collection Nosebleeds, a witty and acerbic exploration of urban life, was recently published by Wrecking Ball Press and his first EP BeforeBleeds was launched last summer. A member of Young Identity, Isaiah is a commanding presence on stage. He appeared in front of thousands at the BBC Radio 1 Big Weekend 2016, brought his idiosyncratic take on modern life to TedX Manchester, and hosted Longsight Library’s ‘This Vibrant Thing’ festival in 2018.

Isaiah will be in residence at Longsight Library on Tuesdays 21st and 28th May and Tuesday 4th June, from 4pm till 8pm, and would love for local people to drop in for a conversation with him. He’s interested in finding out more about the history of Longsight and people’s stories about migration to the area. Isaiah is particularly keen to speak to young people about their experiences of living in the area.

Manchester Literature Festival is an annual celebration of contemporary literature, showcasing the most inspiring authors, poets, thinkers and other artists from across the globe.

The main festival takes place 4 – 20 October 2019 across 25 of the city’s most atmospheric venues. The Festival also programmes a Spring Programme of events (this year including acclaimed feminist author Siri Hustvedt, electronic music pioneer Moby and US Poet Laureate Tracy K Smith) as well as year round community and educational activities.

Manchester Literature Festival’s Co-Director, Sarah-Jane Roberts said: “We’re excited to host Isaiah and Hafsah as our Longsight writers in residence. Both are incredibly talented poets who have a great gift with words and a dynamic stage presence. Over the last 18 months they have published their debut collections and broken new ground as artists; Hafsah performing her first one-woman show Cuts of the Cloth at HOME and Isaiah being one of the headline performers as the BBC’s Contains Strong Language Festival. They are both passionate ambassadors for Greater Manchester and will enjoy spending time in Longsight, getting to know the area and its residents more fully, and immersing themselves in the community.”

Re-writing Longsight is being curated by Manchester Literature Festival in a co-commission with Creative Spaces, part of Manchester Libraries cultural programme, with creative support from Creative City England CIC.

Creative Spaces’ Creative Producer, Beth Powell, said: “We are thrilled to be working with Isaiah again! I know that he’ll produce something special that resonates with a lot of young people in Longsight. Longsight Library is really proud to be able to host Isaiah and Hafsah – two amazing contemporary Manchester writers. Longsight is a Creative Spaces Library, a vibrant space in the heart of the community, helping to make sure the arts are for everyone. I know Isaiah and Hafsah are both very passionate about this city and its grassroots creative opportunities. I’m especially excited to see how young people in Longsight connect to this experience, and what new writing it inspires from them too!”

Manchester ranked in the top five cities to raise a family