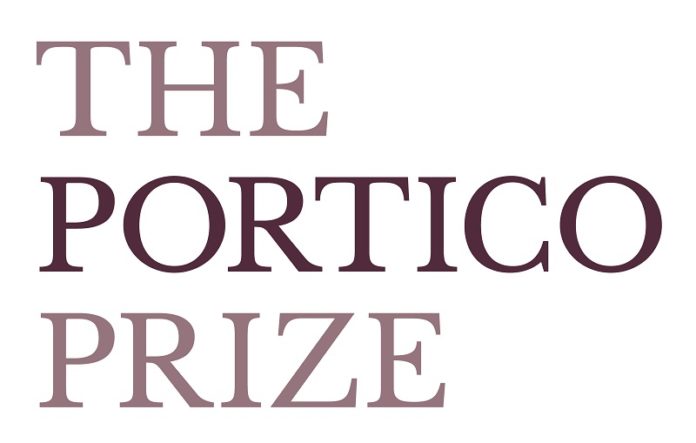 The Portico Prize for Literature is to return in a partnership between The Portico Library and The Manchester Writing School at Manchester Metropolitan University.

The biennial prize is the UK’s only award for outstanding literature that “best evokes the spirit of the North”. Once described as “the Booker of the North”, the Prize is open to literature across the formats of fiction, non-fiction and poetry.

The Portico Prize was established in 1985 to celebrate the strong regional and literary identity of the North, with the aim of raising awareness of the diversity of its cultural, literary and historical heritage.

The 2019 prize is judged by a panel of leading figures from the worlds of literature, academia and entertainment, each selected for their association with the North of England. It is chaired by journalist and broadcaster Simon Savidge of Savidge Reads. He is joined by actress Holliday Grainger; the writer, broadcaster and performer Kate Fox; Zahid Hussain, author of The Curry Mile; and Jean Sprackland, Professor of Creative Writing at Manchester Metropolitan.

Lynne Allan, Chair of the Board of Directors, The Portico Library said: “The Portico Library is proud to be the home of a prize which for four decades has celebrated the rich literary and culturally diverse heritage of the North of England.

“A new, dynamic partnership between this iconic library and the Manchester Metropolitan University, based in the newly designated UNESCO City of Literature, is ideally placed to nurture and promote creativity in the region and beyond, with the belief that books and education bring life-enhancing opportunities to all.”

James Draper, Manager of The Manchester Writing School, said: “Manchester Metropolitan University plays a significant role at the heart of the city’s cultural eco-system. We have a Writing School containing some of the most prominent authors and poets of their generation and will be delivering a new Poetry Library for the city in 2020.

“All of this coupled with Manchester’s designation as a UNESCO City of Literature has encouraged its cultural and educational organisations to think about new ways of working together to make the most of our city’s rich literary heritage and creative ambitions for the future – so this feels like a great moment for Manchester Metropolitan University to be supporting the Portico Library in relaunching their prize.

“The Portico Prizes sit alongside Manchester Met’s own Poetry and Fiction prizes for new writing to give our city a suite of literary awards for writers at all stages of their careers – prizes which are strongly identified with Manchester, but that reach out to talent from across the world.

“We are excited to be working together to create opportunities for writer development, from inspirational workshops for new writers to residencies and commissions for those further on in their career – in Manchester, or at organisations in fellow Cities of Literature around the world.”

Simon Savidge, Chair of judges said: “I am thrilled and delighted to be chairing the Portico Prize this year, as it returns to the literary calendar, bigger and bolder than ever. The prize combines three things I love: fantastic books, libraries and the North of England, all of which I am passionate about as an avid book-lover and northerner. I’m looking forward to getting lost in fiction, non-fiction and poetry from across and embracing the North, and to some fantastic discussion about it all with my fellow judges. Get submitting!”

The judges will choose a shortlist of six books from a longlist of up to 15, which will be selected by the Portico Prize’s newly formed Society of Readers and Writers, comprising 15 locally based publishers, authors, librarians, book sellers and critics. The longlist is announced in September, followed by the shortlist in November. The winner will be announced at a ceremony at The Portico Library in January 2020. Submissions are now open, with more details available via the Portico Prize website.

This is How Much Sun Light The Average Brit is Getting in the Winter...

Raise the curtain… and the roof!